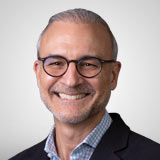 Silver, along with silver stocks, has been on fire. What’s more, it’s been strong in the face of a sharply rising U.S. Dollar, which is usually a headwind, which makes it even more bullish, explains Peter Krauth, editor of Silver Stock Investor — and a participant in MoneyShow's Accredited Investors Virtual Expo, Dec. 7-9. Register here for free.

The reasons are essentially the same as for gold’s rally. The Fed’s started to taper its bond purchasing, the latest inflation numbers from the U.S. at 6.2% annually are the highest in 30 years, and Biden’s $1.2 trillion infrastructure bill has just passed.

The silver price chart is a sight for sore eyes. And so far, our patience has been rewarded. 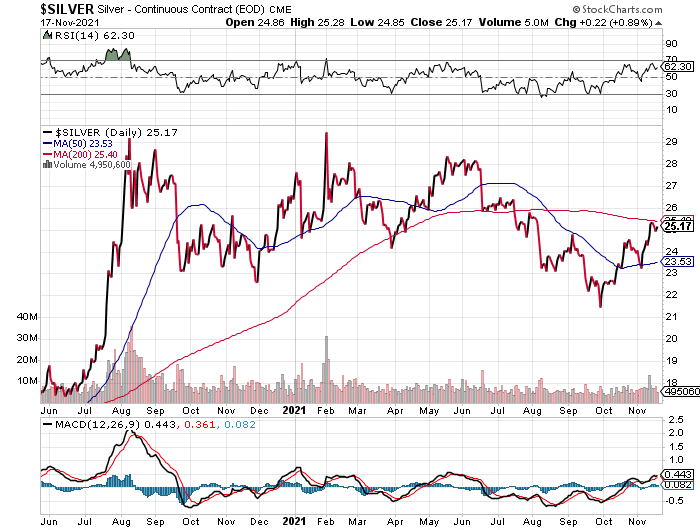 Since bottoming near $21.50 on September 29th, silver has gained an impressive 16.5% in just 6 weeks. While we may be in for a break before it rallies further, I think silver is in an uptrend that could last several months.

Demand from the massive infrastructure bill in the U.S., as well as similar initiatives in many other nations, and the global push towards green energy are likely to help support rising demand for silver.

In fact, the Silver Institute just released its interim silver market review. It expects that industrial demand for silver will rebound to new highs in 2021, and that demand for physical silver investment will rise by 32%, establishing a six-year high. And despite 6% higher mine output over last year, the Institute forecasts a physical deficit of 7 million ounces, the first since 2015.

For its part, silver has been acting very well since late September. It appears to have formed an inverse head and shoulders pattern, with the shoulders marked in green and the neckline in blue. Once silver can hold above the $25 neckline, it will likely start to form a new support level, from which silver will rally higher. 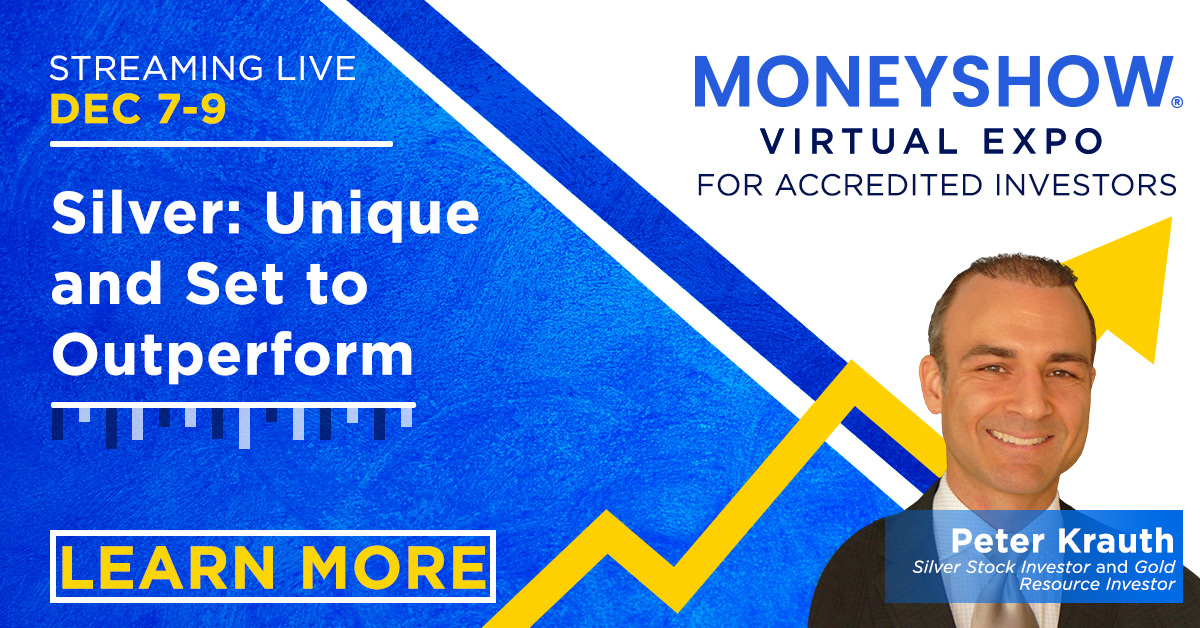 Wheaton Precious Metals (WPM) announced record revenue, earnings and cash flow for the first 9 months. The company report over $200 million in operating cash flow during the third quarter and a record $650 million in the first nine months of 2021.

Wheaton is performing well and should keep growing as the silver bull market progresses. Attractive to accumulate on weakness.

Pan American Silver (PAAS) said it had generated record quarterly revenue of $460.3M, and operating cash flow of $157M in Q3. Cash and equivalents were $315.4M.

Consolidated silver production was 4.8M ozs, gold was 142,600 ounces. Net income was $20.2M, while adjusted net income was $37.8M. PAAS has risen steadily in the past 6 weeks, and I think that will continue. Attractive to accumulate on weakness.

Endeavour Silver (EXK) reported Q3 financials. It’s worth noting that EDR continued to withhold metals sales in Q3 as they felt prices were temporarily low. That has dented earnings, but those will likely be sold before year end, helping to boost the full year’s sales.

Had the company sold these ounces at the end of the quarter it would have generated approximately $33.2 million in additional revenue using the quarterly average realized price of $23.10 per ounce. First Majesetic has seen a muted rally, much like Endeavour. Attractive to accumulate on weakness.