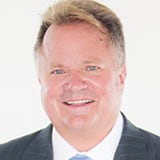 The American lexicon is littered with metaphors and expressions that refer to a chain of events that result in undesirable or unexpected consequences, notes Kelley Wright, editor of Investment Quality Trends.

By example: The Camel’s Nose is a metaphor for a situation where permitting some small undesirable situation will allow gradual and inexorable worsening. According to an old Arabian proverb, “if the camel once gets his nose in the tent, his body will soon follow.” Along the same lines are “the foot in the door,” “the thin edge of the wedge” and “the Domino effect.”

The above are variations of “the slippery slope,” argument, which suggests that by making a move in a particular direction, we start down a slippery slope. Having started down the metaphorical slope, it appears likely that we will continue in the same diection.

The poster child for the slippery slope argument, in my opinion, begins with the Long Term Capital Management “bailout” in 1998. Whether you are too young to know what that was, or old enough to have forgotten, go look it up. Technically, the Fed didn’t bail out LTCM as it used no federal funds.

It merely brokered a deal for fourteen banks to provide the funds. That, however, was the precedent for the Fed’s bailout role during the 2008 financial crisis. Once financial firms realized that the Fed would intervene, they became more willing to take risks.

Fast forward to today, some twelve years since the advent of the “extraordinary measures” undertaken by the Fed, not to mention the greatest government stimulus in history, and we have the mother of all bubbles. I am not talking just about stocks mind you, but in bonds and housing as well, the trifecta if you will.

Never in history have all three asset classes been in a bubble simultaneously. I mean seriously, the government is buying $40 billion a month of mortgages when the real estate market is up over 20% in a year to the highest level ever recorded. Crazy? Reckless? You tell me. Forget the camel’s nose, the whole tribe is in the tent. Oh yeah, I keep forgetting, this time is different.

We take the study of trends seriously around here, thus the inclusion of “Trends” in our name. The underlying academic premise of our approach — Dividend Yield Theory — posits that value is established by the cash dividend, which determines yield, and, in the long run, also determines price.

The Dividend Yield Theory can also be applied to the Dow Jones Industrial Average, which has also displayed a long-term, repetitive tendency to fluctuate between high and low dividend yield extremes.

When these Overvalued conditions have occurred simultaneously, there is historical precedent or a tendency for a broad market decline sufficient to remove these conditions as areas of concern. Stated in a less clinical way, when these three red flags have appeared at the same time in the past, the broad market has declined enough to no longer be Overvalued.

The purpose of identifying trends and tendencies in the stock market is to avoid The Big Loss. Remember, the primary objective of investing is to realize a return on investment. Yes, the cash dividend is the most immediate form of return on investment, but if you buy a stock that is within 10% of its historically repetitive area of Overvalue, the cash dividend isn’t much solace if the stock rolls over and declines 50%.

Oh sure, you could double down at that point, but then what? You’ll wait for quite a long time before you break even on your original investment, even with the dividends included.

Trust me, I would much rather be writing some fluff piece, but that’s not what we are all about. Investing is a business, not a game of chance. To survive as an investor, you have to buy right, hold tight and take flight when the time comes.

I believe it was George Santayana who said, “Those who cannot remember the past are condemned to repeat it.” Therefore, we study trends and tendencies to avoid the pitfalls of the past.

Given there have been two major bubble bursts in the last twenty-one years, one would think that investors would be smart enough not to get sucked into the “this time it’s different” mantra.

I don’t remember who first said, “reality is perception,” but when something catches on whether it be tulips, technology, crypto, or what have you, investors are going to believe what they believe until they are confronted with incontrovertible evidence to the contrary. Of course, by then, it’s too late.

Forget the facts, data, trends, and tendencies, when the “markets got no place to go but up” mentality kicks in what you’ll have is a whole bunch of folks hoping and holding all the way down, it happens every time.

Of course, if you buy blue chips at undervalued prices, even at the top of the broad market, and have a sufficient time horizon for a corrective period to exhaust itself, you’ll be no worse for the wear. Now, if you’re buying one of the current darlings and high-flyers that have no dividend yield history to guide you, well, you’re on your own.

I know I am in the minority, but so be it. With the resilience this market has displayed it is hard to blame the majority. “Facts are stubborn things,” I believe Samuel Clemens said. So are trends and tendencies.