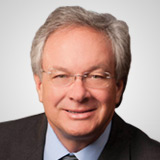 I’ll be blunt: The Consumer Price Index (CPI) and Producer Price Index (PPI) reports for February were horrific, cautions Louis Navellier, editor of Navellier Growth— and a participant in The Interactive MoneyShow Virtual Expo on March 22-24. Register here for free.

Inflation remains at a 40-year high — and as you can probably guess, higher energy prices were the primary culprit for the recent surge. Both food and energy inflation are forecast to continue climbing higher, due in large part to the Russia-Ukraine conflict.

Crude oil prices briefly rose above $130 per barrel and Americans are already starting to feel the pinch at the pump, too, with prices climbing dramatically overnight. The average price of gasoline in the U.S. is currently $4.43 per gallon, but many parts of the country are already paying $4 per gallon — and $5 per gallon is not out of the question.

Commodity prices seemingly across the board are soaring higher this week. Wheat climbed to its highest level since 2008. Zinc rose above $4,000 per metric ton. Aluminum prices rocketed to a new all-time high of $3,525 per tonne. Nickel surged to its highest level in more than 10 years, at about $25,000 per ton. And that’s just a sampling of the recent rise in prices!

Currently, central banks are blaming Vladimir Putin for the latest outbreak in inflation, given that food and energy prices have soared higher since Russia’s invasion of Ukraine. The higher food and energy prices rise, the more likely that global economic growth will stall, and the world could slip into recession. The Atlanta Fed now expects 0% GDP growth in the first quarter, which is a major deceleration from the 7% annual pace in the fourth quarter.

Due to slowing GDP growth, the Federal Reserve and other central banks are stuck between a rock and a hard place. They need to raise key interest rates to combat inflation, but they don’t want to throw their respective economies into recession. So, most central banks may not be able to raise key interest rates as high as they previously planned; they will need to hike rates more cautiously.

In an environment of persistent inflation, any company that has a big order backlog and can raise prices are poised to profit, as well as fundamentally superior companies in the energy, food, transportation and semiconductor industries that are profiting from the hideous inflation impacting the world economy.

If you’re looking for stocks that are well-positioned to prosper in an inflationary environment, look no further than Tyson Foods (TSN) and NVIDIA Corporation (NVDA).

Fast forward more than 90 years and Tyson Foods is so much more than just chicken. Today, Tyson Foods brand-name remains synonymous with great-tasting chicken, but it is now a global food company that offers beef, pork and prepared foods, too. With operations in 10 countries and customers on five continents, Tyson Foods strives to provide food to millions of people around the world every day.

Recently, Tyson Foods reported results for its first quarter in fiscal year 2022. First-quarter sales rose 23.6% year-over-year to $12.93 billion, while adjusted earnings per share jumped 48% year-over-year to $2.87. The analyst community was only expecting total sales of $11.74 billion and adjusted earnings of $1.90 per share, so Tyson Foods posted a 9.2% sales surprise and a 51.1% earnings surprise.

NVIDIA Corporation is a major player in the computer hardware arena. It is a leading computer graphics company, making graphic processing units (GPUs) for consumers and businesses. It has over 7,000 patents relating to computer graphics, the largest portfolio of its kind.

The company has been in the computer graphics business for more than two decades – it invented the GPU in 1999 – so it is a well-established player. Since 2014, the company has shifted its focus to five major markets – gaming, professional visualization, data centers, auto and artificial intelligence.

There’s a multi-billion dollar opportunity here in the self-driving industry, and NVIDIA is right at the forefront of it. Here’s how…

Company management believes in the future of autonomous vehicles, and it has created many partnerships with leading automakers, including Audi, Tesla Motors, Mercedes-Benz, Volvo, Honda Motor and BMW, to get there.

NVIDIA DRIVE AGX is a scalable, open autonomous vehicle computing platform that serves as the “brain.” This is the only hardware of its kind, as it incorporates six different types of processors to run redundant and diverse algorithms for AI, sensor processing, mapping and driving. Simply put, it makes the autonomous vehicle safer.

NVIDIA DRIVE is the first to deliver DRIVE AutoPilot features like supervised self-driving on the highway. It also offers the ability to use augmented reality to show the driver a visualization of the environment as sensed by the vehicle and its planned route.

NVIDIA DRIVE Constellation is a data center solution that allows for safe, scalable solution for testing and validating a self-driving platform before it’s deployed. It is capable of generating billions of miles of diverse autonomous vehicle testing scenarios to validate the hardware and software.

In regard to the company’s fundamentals, NVIDIA achieved record results for its fourth quarter and fiscal year 2022, thanks to “exceptional demand” for its platforms. Fourth-quarter earnings jumped 69% year-over-year to $1.32 per share, while revenue rose 53% year-over-year to $7.64 billion. Analysts were expecting fourth-quarter earnings of $1.22 per share on $7.42 billion in revenue.

Company management noted that business momentum remains strong in its fiscal year 2023, so far, and in turn, provided strong guidance. For the first quarter, NVIDIA expects revenue of about $8.10 billion, or 43.1% year-over-year earnings growth. The forecast is nicely higher than estimates for $7.29 billion.