Since this year is a midterm year, it would not be completely without historical precedent for the market to remain volatile throughout the balance of the first quarter into Q2-Q3 before finally finding firmer footing, notes Jeffrey Hirsch, editor of Stock Trader's Almanac — and a participant in The Interactive MoneyShow Virtual Expo on March 22-24. Register here for free.

The midterm bottom could also arrive early this year. Continue to heed stops, remain focused on your strategy, and be prepared to put any cash back to work.

There is one new sector seasonality that begins in April: Computer Tech. We are going to look to take advantage of current weakness this month to establish a new position associated with this sector. 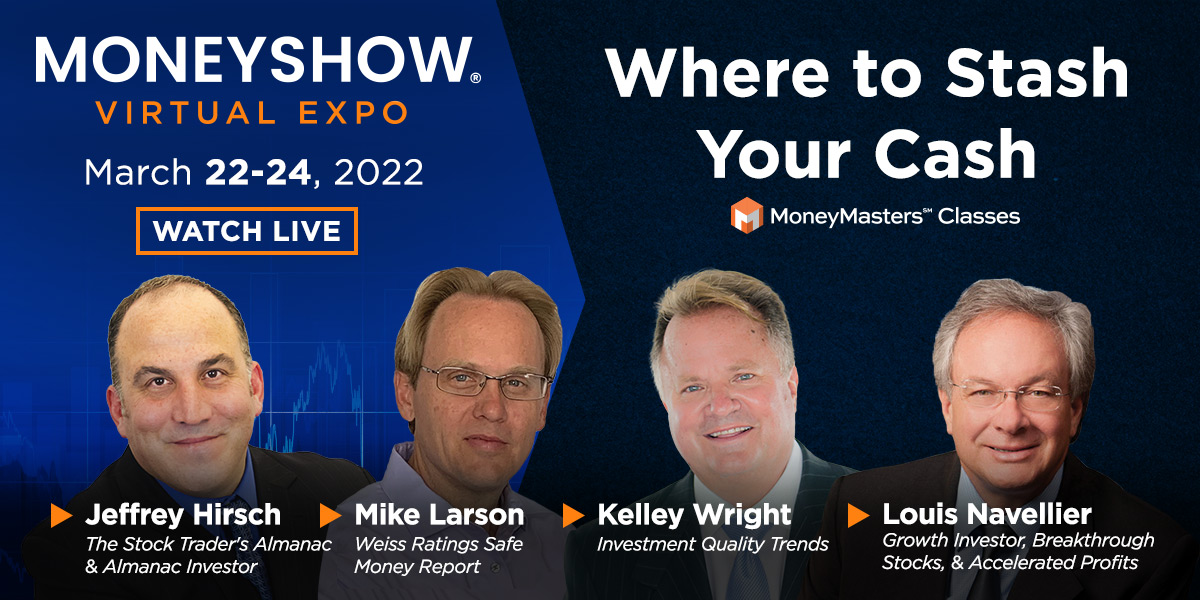 In the following weekly bar chart of the Computer Technology (XCI), seasonal strength (lower pane, shaded in yellow) typically begins following an early or mid-April bottom and usually lasts through around mid-July although the bulk of the move can occur early.

Market volatility over the past two years has influenced the seasonal pattern, but in the upper pane there was a clear move higher by XCI off of its March lows last year. 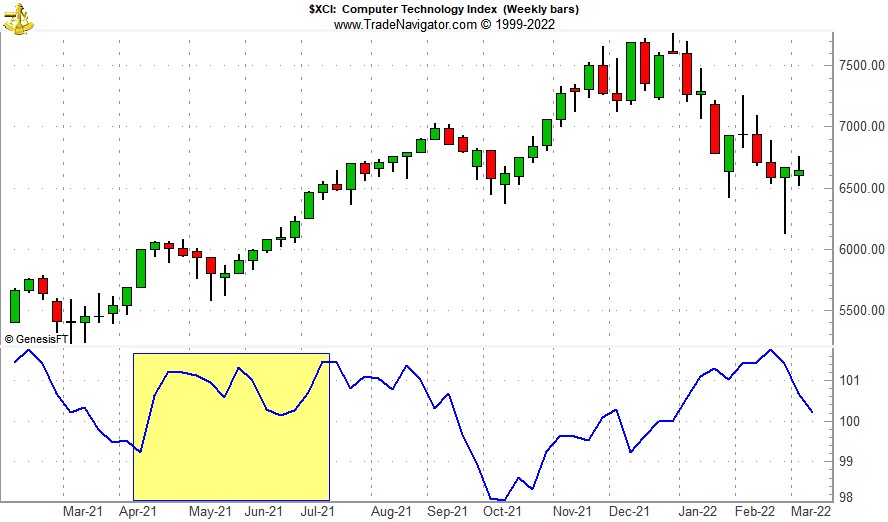 With over $45 billion in assets and ample average daily trading volume, SPDR Technology (XLK) is a top choice to consider holding during Computer Tech’s seasonally favorable period. It has a gross expense ratio of just 0.10%.

XLK could be considered on dips with a buy limit of $152.85. This is right around its projected monthly pivot point (blue-dashed line in daily bar chart below). After declining for two months, technical indicators applied to XLK are beginning to improve. 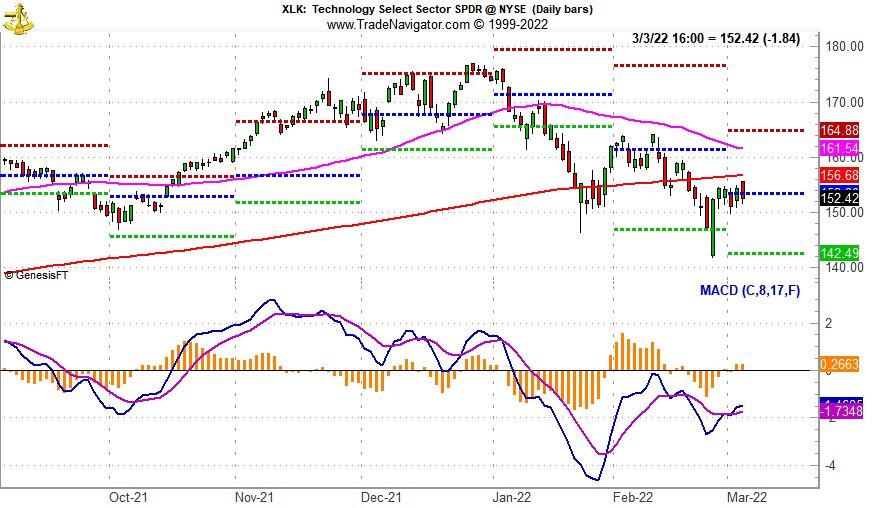 MACD has turned positive while Relative Strength and Stochastic indicators are also improving. Based upon its 15-year average return of 8.1% (excluding dividends and trading fees) during its favorable period mid-April to the middle of July, set an auto-sell price at $181.75. If purchased an initial stop loss of $137.57 is suggested.