Get on Board these 5-STAR Airlines 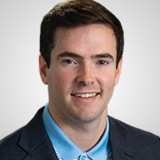 Oil prices spiked in the first half of 2011, which, like 2022, was the second year of an economic recovery. This is reminiscent of what we are seeing now. Back in 2011, airline stocks tanked as oil prices spiked up, just as they are now, observes analyst Colin Scarola in CFRA Research's flagship newsletter, The Outlook.

However, 2011 was an ideal time to be buying aviation stocks, even as oil remained high in the ensuing years. After shooting up in early 2011, the price of oil remained elevated through 2013, peaking at an average of $106 per barrel in Q3 2013. It may come as a surprise, then, that aviation stocks went on to materially outperform the market by year-end 2013, measured from starting points both before and after the 2011 sell-off related to oil.

We looked at how aviation stocks fared relative to the S&P 500, measured from a variety of starting points between year-end 2010 and year-end 2011, with a common end point of year-end 2013, and found that investments in aviation stocks strongly outperformed the market, even if you didn't time purchases by buying on the way down or at the bottom.

Two of these airlines did see a material EPS decline in 2011, the year oil prices spiked up. But revenue continued to grow, with strong enough demand that U.S. consumers were absorbing an average airfare 13% higher in 2013 vs. 2010. By 2013, the three-year compound annual EPS growth for these 5-STAR airlines was impressive — 22% for Delta and 15% for Southwest and Alaska.

Additionally, this occurred even with oil still hovering around $100 in 2013 vs. an average of $79 in 2010. Absent lingering pandemic office closures and government travel restrictions, underlying demand for air travel is robust, in our view. This sets airlines up to grow earnings again in 2022-2024, despite high oil prices.

As 2022 progresses and Covid-19 travel fears and restrictions taper off, we think domestic passenger volumes will climb well above the 2019 level by summer 2022. Government travel restrictions will likely take longer to come down, but we see new volume records for U.S. international in 2023.

The strong underlying demand for air travel and promising growth outlook sets airlines up to grow their earnings substantially, even in a high oil price environment, in our view, similar to what they achieved in the 2011-2013 period.

Finally, further government aid will likely be made available to airlines if air travel demand or the oil price spike worsen going forward. One of the key lessons for airline investors during 2020-2021 was that the Federal government doesn't want bankruptcies leading to industry consolidation, in our view.

We believe this will act as important downside protection for airlines for at least the remainder of 2022, with another large round of grants and/or near-zero interest loans likely to flow to airlines if the demand recovery or oil price situation worsen.