A Look Inside Bill Ackman's Portfolio 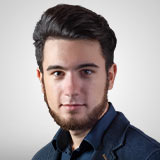 Pershing Square Holdings (PSHZF) is structured as a closed-end fund whose shares are publicly traded but still managed like a hedge fund. (Meanwhile, Pershing Square Capital Management is the “investment manager” of the fund and is the entity that files 13F reports.)

Unlike many hedge funds, which will heavily diversify their portfolio holdings by investing in numerous equities, Pershing Square’s philosophy has always involved betting on a few high conviction ideas. As of the latest 13F filing, all $9.4 billion of its public-equity holdings had been invested in only 6 stocks. An additional position, just recently announced, is also reviewed below.

Lowe's (LOW) is Pershing Square’s largest position. Ackman has been building he position since 2018 in hopes that Lowes’s market share in the home improvement space will grow against Home Depot (HD).

The position was left relatively unchanged as of Pershing Square’s latest f13 filing. Mr. Ackman has paid an average estimated price of around $95 while building the position. Shares are currently trading above $228, making Lowes’ a winning bet over the past couple of years.

The company has proven resilient, posting growing revenues during the past year, as consumers focus on home improvement. This comes as a surprise as the working-from-home economy provided a one-off boost in 2020. Hence, seeing sales further increase in 2021 is quite remarkable. During the year the company generated nearly $96.3 billion in sales, the highest in its history.

Additionally, Lowe’s net income margins have been expanding due to the company achieving higher economies of scale, hitting new all-time highs as of the past year, at 8.77%. The company’s margins have never been very juicy due to being a retailer, but at such sales volumes, Lowe’s profitability also hit record levels, coming in at $8.42 billion in profits in 2021, also the highest in its history.

The company surprised investors by this hike, which is the largest one over the past 12 years, and far larger than its 10-year CAGR of 18.6% amid a comfortable payout ratio. Additionally, the company has been repurchasing its stock very rapidly, retiring more than half of its outstanding shares over the past 16 years.

As a result, Pershing Square’s stake is likely to keep expanding even if the fund does not grow its position further, as continued buybacks gradually result in Pershing owning a larger percentage of the company over time. Pershing Square’s position in Lowe’s remained unchanged during the last quarter.

Pershing Square’s strategy of holding large chunks of major corporations is also reflected in Hilton Worldwide Holdings (HLT), in which Mr. Ackman has bought up a 4.5% stake. Mr. Ackman has commented that while the pandemic may have adversely impacted the hotel industry (and it continues to do so), it should also cause independent hotels to seek affiliation with global brands like Hilton, which will contribute to its long-term growth prospects.

The company further benefits from a capital-light economic model and a strong balance sheet. The position was boosted by less than 1% during the quarter. Shares are currently trading near all-time high levels, despite the initial catastrophe-like concerns during the COVID-19 outbreak, proving Mr. Ackman’s conviction right.

The shares are currently trading for a forward P/E of ~35.6. However, this is definitely an expanded valuation, which could undergo a potential correction. It’s also worth noting that the company has around $1.43 billion in cash and equivalents in its war chest.

This should be adequate for management to refuel the company’s growth as the travel industry recovers while ensuring that Hilton does not face any solvency issues if the recovery takes longer than expected. Pershing Square’s position in Hilton Worldwide International was trimmed by 2% during the last quarter.

At around 18.3% of Pershing Square’s equity holdings is Chipotle Mexican Grill (CMG). Ackman has been buying shares since 2016, betting heavily on the fast-food chain. The shares have nearly quadrupled since, with Pershing Square still holding around 3.96% of the company’s total shares.

With an average estimated purchasing price of around $386, Chipotle has been one of Pershing Square’s most successful picks, recenlty trading at ~$1489/share. The company has been in an extended growth phase, with revenues moving higher over the past year.

Comprising just under 14.4% of the fund’s holding is Restaurant Brands International (QSR). The find is now holding around 7.63% of the company’s shares. After shares lost more than half of their value during March of 2020’s coronavirus selloff, Ackman’s investment has been rather successful, with the stock regaining most of its value from its pre-COVID-19 levels.

QSR’s revenues grew further last year, while the company has remained profitable. The stock is currently trading at a forward P/E of ~18.2, offering a yield close to 4%. Pershing Square’s position in Restaurant Brands International remained unchanged during the last quarter.

While Mr. Ackman’s picks usually turn into very successful investment ideas, it’s worth mentioning that Howard Hughes has been struggling as of late, unable to post consistent profits. Also, while the company has a robust cash position of just over $1B, which is quite large considering its $5 billion market cap, it also has $4.46 billion of long-term debt on its balance sheet.

What’s astonishing is that 98% of these locations are franchised, which means that Domino’s receives a steady stream of royalties that grow over time without the company having to finance these locations itself and undertake the operational risks attached. The current royalty fee is 5.5% on sales.

Therefore, even if a store has its margins squeezed, Domino’s revenues are not affected. Over time, royalties grow backed by additional store openings, enhanced same-store sales, and price increases.

Revenues continued growing over the past year, despite ongoing challenges, which is a testament to the company’s operational resiliency and strong brand value. Shares are currently trading at a forward P/E of just around 29.5. Considering Domino’s growth prospects, fantastic business model, and potential for a margin expansion, this is a reasonable valuation multiple.

Additionally, the company has been growing its dividend annually since 2013, featuring a 3-year CAGR of 19.6%. Domino’s is also another one of Pershing Square’s holdings that executes strong buybacks. The company has also retired around 1/3 of its shares over 5 years, which is quite amazing.

Canadian Pacific Railway Limited (CP) — a new position that was just announced by the hedge fund — shares a long history with Pershing Square. Betting on the company in 2011 had been one of the fund’s most successful activist campaigns. Mr. Ackman and his team battled an extended and difficult proxy fight, managing to replace most of Canadian Pacific’s board.

In fact, Pershing Square’s influence end up having a far better effect on the company than anyone could have expected. The fund created substantial value both for its own investors and for Canadian Pacific investors in general. When Pershing Square exited this investment in 2016, it had already generated a market-beating 153% return. The S&P500 returned 70.13% during the same period.

The company owns and operates some of the most critical railway infrastructure assets spanning from Canada to Mexico. With the ongoing supply chain persisting driven by logistic bottlenecks, it makes sense that Mr. Ackman has chosen to invest in the company in the space he is the most familiar with.

Canadian Pacific is currently in a transitory phase, as management is focused on integrating the company with Kansas Southern Railway, following the recent merger agreement. Hence, share buybacks and dividend growth have been paused. Over the next 24 months, Canadian Pacific will be paying down the acquisition debt. The buyback and dividend growth will resume when the debt-to-EBITDA ratio declines to the 2.5x target level.

With their comprehensive experience around Canadian Pacific’s business model and value-unlocking financial mechanisms, Mr. Ackman and his team could once again have a postive effect on the company’s capacity to deliver market-beating returns. While it’s still early to tell, it will be very interesting to see how Pershing Square is going to leverage Canadian Pacific’s ongoing merger with Kansas Southern during the ongoing challenging transportation industry.

Pershing Square is an unusual hedge fund, which the public has the opportunity to buy into due to its public market listing. Run by renowned investor Bill Ackman, the company has nicely outperformed the market over the past few years through its uniquely structured plays and high conviction ideas.

While management’s annual fee of 1.3% (previously 1.5%) in NAV and 16% incentive fee may be quite rich, the company’s long-term performance has been well worth it.