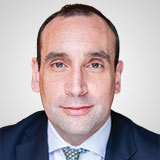 The merger of the legacy businesses at WarnerMedia and Discovery combined to form Warner Bros. Discovery (WBD); the new stock began trading on April 11th, reports Jim Osman, a leading specialist in spin-off and restructuring opportunities and the editor of The Edge Spinoff Report.

Warner Bros. Discovery has become the third largest streaming media powerhouse behind Netflix (NFLX) and Disney (DIS) — and operates with the following segments: Advertising, Distribution and Content Generation (together contributing 65% to revenues at $33.8 billion in FY23E) .

We anticipate dividend-focused selling pressure. With ex-parent AT&T (T) paying a good dividend yield of 6.3% and a 1.5% stake (108m shares outstanding) being held by dividend focused funds, and with WBD not expected to pay any dividends in the near-term, we calculated close to 26m shares of selling to take place.

More importantly, investors made money on eight of the 11 names by the one-year mark with an average return of 18% (which jumps to a 33% total average return if the three companies that lost money are removed), indicating that while S&P 500 RMTs do not necessarily outperform the Index by the one-year mark, investors can still expect these transactions to result in positive returns around 72% of the time.