The good news in this bumpy market is that there are ways to profit from chaos with companies that take advantage of funds flowing away from riskier stocks, observes Sean Brodrick, editor of Wealth Wave.

A great way to win in this market environment is with dividend growers — the stocks that offer the best historical returns while maintaining solid downside protection.

Historically, companies initiating and growing dividends have vastly outperformed the broader market. Within the S&P 500, the performance speaks for itself:

Between 1972-2021, dividend growers outperformed nonpayers by nearly 15-to-1! They even outpaced the equal-weighted index by over 3-to-1! The simple explanation is that these are usually the strongest companies. They have the financial flexibility to reward shareholders while their mature cash flows support sustainable growth.

During times of turmoil when asset appreciation is flat or negative, dividends help bridge the gap. And get this: Over the long run, 40% of the S&P’s total return is attributed to dividend distributions.

Dividend raisers have another distinct advantage in this current inflationary environment. Since they’re mature companies, they tend to trade at lower multiples than their growth-reliant peers. When discount rates increase due to inflation and rising interest rates, these companies are less affected. 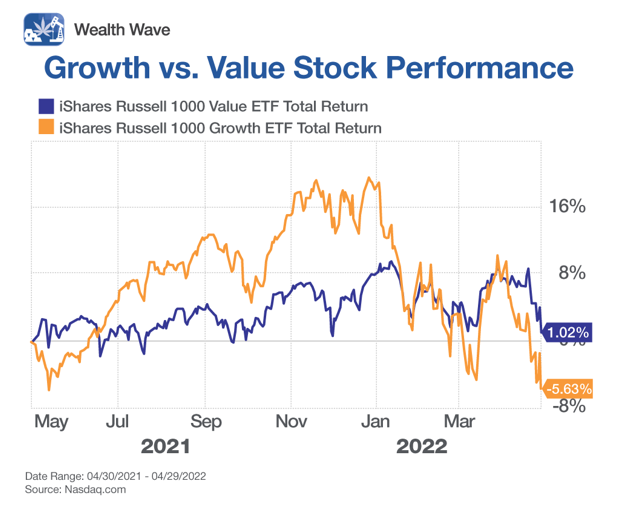 Growth stocks have a rocky road ahead because easy monetary policies are over for now. I expect more of the same as the Fed further tightens policy to fight inflation, which is going to happen.

One of my favorite funds to play this trend with dividend raisers is the ProShares S&P 500 Dividend Aristocrats ETF (NOBL) —  the only exchange-traded fund (ETF) that exclusively holds the S&P 500 Dividend Aristocrats. These high-quality companies not only paid dividends, but they have grown their payouts for at least 25 consecutive years, with most doing so for 40 years or more.

NOBL’s biggest investment emphasis is on capturing market growth while limiting downside when trading goes sideways. To do that, it holds companies boasting steady top- and bottom-line growth.

Of NOBL’s 64 holdings, its top three positions are in Albemarle (ALB), Amcor (AMCR) and Exxon Mobil (XOM). All stocks have weightings ranging between 1%-2% of the fund. NOBL is liquid, with an average daily trading volume of over 765,000 shares. It holds about $10 billion in assets under management (AUM). The fund’s expense ratio is 0.35%.

NOBL’s weekly chart shows that it has traded resiliently. The fund recently bounced off of support, which could send it barreling toward the upper end of its recent trading range.

Given the recent market-wide slide, there are many great companies trading at bargain-basement prices. When some investors see panic, others see opportunity. Always conduct your own research before entering a position if you’re investing by yourself.