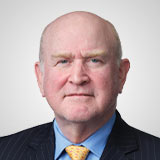 Over one-third of its revenue comes from faster-growing emerging and frontier markets, making it an excellent play on the growth of the middle class in these regions with an additional boost from developed markets as consumers trade up to more expensive drinks (called “premiumization”).

Particularly strong growth came in scotch, tequila, and beer, while premium-plus brands accounted for 56% of sales. Net cash flow was down slightly, to £1.9 billion and free cash flow slipped to £1.6 billion, mostly due to an exceptionally strong release of working capital in 2020.

Diageo remains an excellent way to benefit from the growth of the middle class in emerging markets and premiumization, while generating large amounts of free cash flow.

Its aim is to raise its share of the world’s distilled spirits market to 6% from 4% in the next few years, which should allow it to continue to deliver growth in earnings and dividends. Down only 5% in the last year, and with a total return of almost 50% over five years, Diageo remains a Buy.