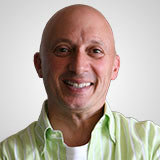 We last bought Memphis-based AutoZone (AZO) in July and sold a few days later for a gain of 42%. We've bought AZO about 10 times over the last decade, asserts David Fried, editor of The Buyback Letter.

AutoZone is the nation's leading retailer and a leading distributor of automotive replacement parts and accessories, with 6,767 stores in the U.S., Puerto Rico, Mexico and Brazil. It operates in the Do-It-Yourself ("DIY") retail, Do-It-for-Me ("DIFM") auto parts and products markets.

Each store carries an extensive line for cars, sport utility vehicles, vans and light trucks, including new and remanufactured hard parts, maintenance items and accessories. Since opening its first store in 1979, AutoZone has joined the New York Stock Exchange and earned a spot in the Fortune 500. It has more than 90,000 employees it calls "AutoZoners." It has a market cap of $44 billion.

It's been one of our favorite companies over the years because it makes money and grows profits. It's also been praised as being incredibly resilient, even with the challenges of the couple of years. Over the last 17 years, AutoZone returned more than 20% annualized returns. It's been mentioned in the financial press lately as a possible stock split candidate.

Spurred by the pandemic, consumers have changed their habits in buying vehicles. Bureau of Transportation data shows that the average vehicle has been on America's roads for more than 12 years. So with people keeping their vehicles longer, and wanting to keep them in good repair themselves, companies that sell replacement parts and maintenance products have had a big boost.

AutoZone pays no dividend (share appreciation and buybacks are their methods of rewarding investors), and since beginning a buyback program in 1998, AutoZone has bought back $29.1 billion of its own stock (as of May 2022).

This consistent and active repurchasing has led financial pundits to joke that AutoZone looks like the company is taking itself private on an installment plan. AutoZone continues on the buyback road, having reduced shares outstanding by 9.548% in the last 12 months.