Schwab: At the Forefront of Innovation 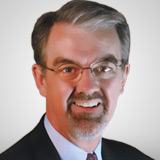 The Charles Schwab Corp. (SCHW) has been at the forefront of major changes in the brokerage industry over the past several decades, explains Doug Gerlach, editor of Investor Advisory Service.

It was among the very first to offer discounted brokerage commissions when the Securities and Exchange Commission abolished the old fixed-fee system in favor of market competition on March 1, 1975. More than 30 years ago it led the development of a service model dedicated to independent investment advisors.

The firm was also among the first to eliminate commissions on most stock trades in the fall of 2019, setting off a chain of events that led to its acquisition of rival TD Ameritrade a year later.

Schwab was better equipped to thrive in a zero-commission environment because it owns a bank, The Charles Schwab Bank. Uninvested customer cash balances are swept into Schwab Bank rather than a money market fund. Schwab invests this money and keeps the net investment income after paying accountholders whatever it chooses to pay.

One of the many transformational events in Schwab’s history was the acquisition of TD Ameritrade in October, 2020. The conversion should be completed by the third quarter of 2023.

On an annualized run-rate basis, by the end of 2021 the company had achieved about half the $1.8-$2.0 billion in annual cost synergies it forecasted at the time of the merger. Most of the remaining savings depends on converting Ameritrade accounts to the Schwab platform.

Rising interest rates in 2022 have resulted in lower equity and fixed income prices, hurting Schwab’s trading and asset management and advisory revenue, but helping its net interest income which grew 23% in the first half of 2022. This should be a multi-year source of growth as it reinvests proceeds from maturing securities.

Earnings should grow faster than revenue over the next few years as Schwab gains efficiencies from the merger and its portfolio yield rises as proceeds from maturing securities are reinvested at higher interest rates. We model 12% annual revenue growth, but 18% EPS growth over the next five years as these favorable tailwinds continue. In five years, EPS could be as high as $6.95.