We’re likely entering a period of stagflation, observes Bob Carlson, editor of Retirement Watch — and a participant in The MoneyShow Orlando, October 30 to November 1. Register here.

Earnings and profit margins will have to decline for the Fed to achieve its goals. Current stock market prices and most analysts’ forecasts don’t reflect the likelihood of lower earnings and margins.

The big issue is whether the Fed will tighten enough to bring inflation down to its stated target of 2%. It is possible the pain experienced by households and businesses will be too much for the Fed to bear. The Fed might accept an inflation rate of 3% or 4% and reverse its policy. If that happens, we’ll have an extended period with a weak economy and above-average inflation.

We own gold as both an inflation hedge and a global crisis hedge. I recommend the exchange-traded fund iShares Gold Trust (IAU) as one of the cheapest and most liquid ways to own gold. 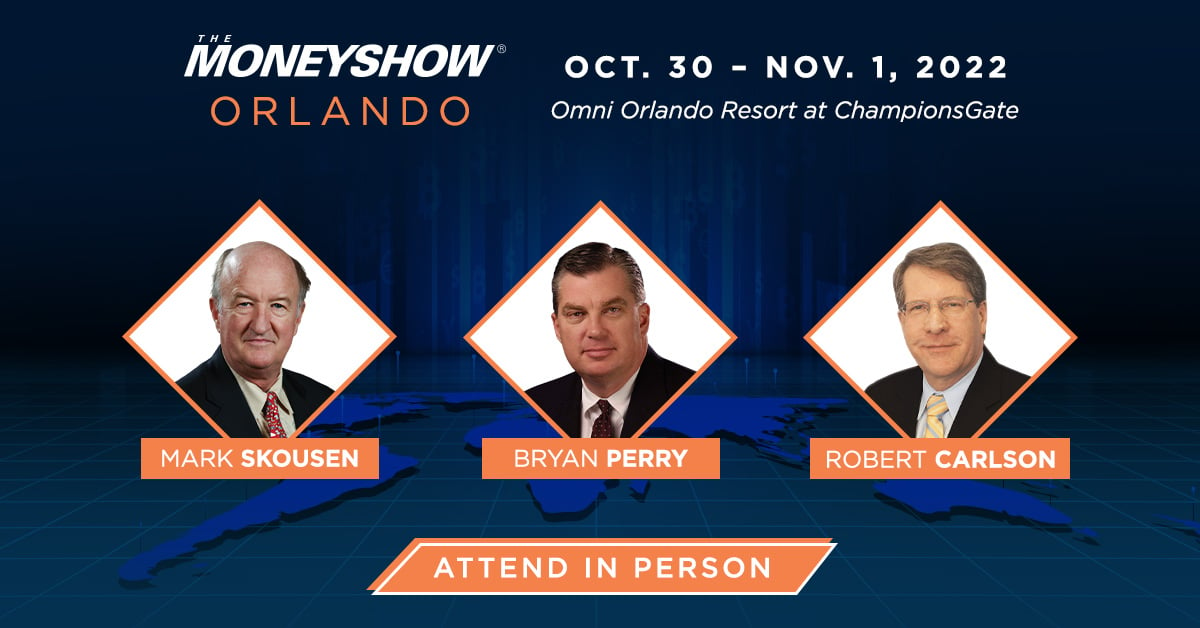 The managers of AAASX change the amount allocated to each asset class based on the current phase of the economy. They also manage the holdings in each asset class instead of mimicking indexes. The fund managers have done quite well with their tactical changes over the years.

Despite the decline in energy prices since early June, Cohen & Steers MLP & Energy Opportunity (MLOAX) continues to do well, generally producing positive returns though with much volatility. Though focused on master limited partnerships (MLPs), the fund can invest in any business that derives at least 50% of its revenue or operating income from energy production or sales.

MLOAX doesn’t try to track an index, can invest globally and is focused on relatively few positions. U.S.-based companies are about 77% of the fund. Recently, about 18% of the fund was in utilities, and the rest was in various energy production and service companies. The fund had 49 holdings, with the 10 largest positions making up about 53% of the fund.