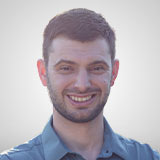 Broadridge was spun off from Automatic Data Processing (ADP) in 2007, where it had been the brokerage service division of the that company since 1962. The company serves clients around the world, but has the majority of its customers in the U.S., Canada, and the U.K. The company generates annual revenue approaching $6 billion.

For the quarter, recurring fee revenue improved 15% to $1.19 billion and accounted for 69% of total revenue. For fiscal year 2023, leadership projects 7.5% growth for recurring revenue, a 19.2% adjusted operating income margin, and 7% to 11% growth in adjusted earnings-per-share.

Broadridge became an independent publicly traded company just as the Great Recession was beginning. Still, the company performed fairly well during the period.

Broadridge processes millions of trades per day involving trillions of dollars and provides investor communications which reach three-quarters of North American households. The company also manages shareholder voting in close to 120 countries. This provides the company with a size and scale that few, if any, competitors can match.

Broadridge also benefits from having the bulk of its revenue come from recurring fees. This has helped to smooth out results over the long-term.

Additionally, the company should benefit from the trends of increased digitization, mutualization, and the democratization of investing. As more people around the world enter the middle class, the more there will be a need for access to investing. This gives Broadridge, which already has a dominating position in its business, further growth opportunities.

We forecast earnings-per-share growth of 9% per year for the next five years, which happens to be the midpoint of the company’s guidance for the current fiscal year. This growth rate should be supported by continued marketplace dominance in its industry as well as ongoing gains in recurring fee revenue.