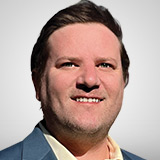 Brookfield Renewable Partners (BEP) is an established name in the renewable energy sector and one of the largest companies in the world for renewable power generation, suggests Adam English, an analyst at The Profit Sector.

With over 20,000 MW of combined hydroelectric, solar, and wind generation across 6,000 locations in the Americas, Europe, India, and China, it is already operating globally and generating solid revenue.

Brookfield’s business model is built on a mix of stable revenue from long-term power purchase agreements, mergers and acquisitions, and a long list of projects that add up to 100 GW of capacity. 19 G.W. of that future capacity will come from projects already underway.

According to company projections, most of its power purchase agreements have provisions for inflation, which will boost funds from operations (FFO) by 2% to 4% annually. M&A targeting high-return projects is projected to add another 9% to FFO per year, with its in-house projects adding 3% to 5% FFO per year.

97% of its debt has fixed interest rates with an average weighted interest rate of 5.1%. That rose from 4.0% year-over-year in 2021. It will likely increase further as debt is rolled over.

With stable and growing FFO projected to outpace rising interest rates and a 38% consolidated debt to total capitalization rate, it can take this hit and still expand. The company maintains its BBB+ credit rating, which is the best among its peers.

Investors didn’t care about this capacity for resilience as much as they should have, and a pullout in 2022 saw share prices drop about a quarter after a five-year 126% gain between 2017 and 2021.

That’s making Brookfield Renewable Partners L.P. shares attractive as it maintains the scale and growth it needs to be a major global player. It also pushed the stock's dividend yield to 4.8%, which only sweetens the deal for shareholders that hold or steadily build a position in 2023.