Homer Simpson or Spock: What Type of Investor Are You? 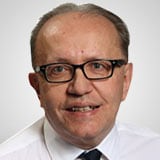 Normally, I don't pay much attention to economists. But I did note when Richard Thaler was awarded the 2017 Nobel Prize for Economics. And so should you, suggests Tony Daltorio, Editor of Investors Alley's Premium Digest.

You see, he brought common sense to the field of economics by using behavioral economics (how people act in real life) when analyzing both economics and investing. He is regarded as the founding father of the field.

Here are just a few interesting results his research has uncovered about us humans who are not always rationally-thinking machines.

Thaler found the so-called endowment effect. That is where the price people are willing to pay for an object is often a fraction of the price for which they are willing to part with it, even if they've owned it only a few minutes.

He also found what we all know – the human bias for consumption. Humans put a much higher value on the here and now than the future.

That leads to people taking less care of their future than they should. I saw this many times when I was a stock broker – clients spending hours and hours planning their summer vacation, but not a minute to spare for retirement planning.

Thaler's book Nudge has led some countries to take his concepts and put them to good use. In the U.K., for example, they have begun enrolling people in pensions by default with an opt out choice instead of leaving it up to the individuals themselves to sign up for a pension plan. Participation in private pension plans there soared from 42% in 2012 to 73% in 2016.

Translate that here to the U.S. and how many people do you know that do not participate in their company's 401(k) even though it has a match (free money).

For me though, Thaler's greatest insights were on investing. I still remember his classic interview on CNBC in 2015. Spock or Homer Simpson?

Thaler said that traditional economic theory assumes everyone is “super rational, has no self-control problems, never has a hangover, saves the exactly the right amount for retirement and then invests it perfectly.” 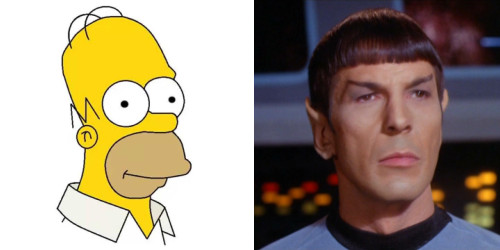 Then he hit on the most brilliant, and yet common sense insight, I've ever heard on investing. Thaler said, “We're more like Homer Simpson than we are like Spock (the always logical Vulcan on the original Star Trek that was usually in full control of his emotions).”

In other words, we humans are prone to lapses in judgment often fueled by emotions (or too much caffeine). Combine that with herd mentality and you have a stock market which isn't always rational.

This is in stark contrast with Eugene Fama's efficient market hypothesis that says the market is always rational and that each share price reflects all the information out there built into a stock in a rational way. My 30+ years in the investment world tell me that hypothesis is right up there with Cinderella as a fairy tale.

A classic example of this was seen when President Obama announced in December 2014 his intention to relax U.S. diplomatic relations with Cuba.

A closed-end fund by the name of the Herzfeld Caribbean Basin Fund (CUBA) soared by about 70% in a matter of hours, merely because of its symbol. It remained at elevated levels for months too even though it had no exposure to Cuba and it was still illegal to U.S. companies to conduct business there. 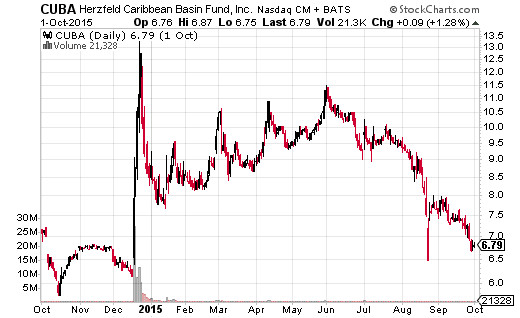 Fast forward to today and the latest example was Overstock.com (OSTK). After it announced one of its subsidiaries would down the road have the first Initial Coin Offering (ICO) exchange to meet the guidelines of the SEC and FINRA for digital coin trading.

The stock, of course, soared by a third in short fashion no matter that this would not move the earnings needle for the home goods and clothing online retailer. Spock and the efficient market? I think not. More like Homer Simpson. D'oh!

Numerous financial bubbles throughout history tell us that Thaler is closer to being right than Fama. So what type of investor are you?

I think that like it or not most of us fall into the Homer Simpson camp. For example, I made a classic mistake that Thaler calls the Disposition Effect – we are predisposed to selling too early.

Back in the dot.com era, I bought Amazon.com (AMZN) and made nice money on it. But I sold out and never bought it back until many years (and many dollars) later. Experience has led me to getting better now at letting the winners ride (while banking a portion of the gains), while cutting the losers quickly.

For some current examples of tech stocks investors sold too soon and that are staging a comeback, check out my story that will appear on the Investors Alley website Monday titled, “3 Zombie Stocks Back from the Dead”.

If you are interested in trying to invest like Professor Thaler, his asset management firm runs the Fuller & Thaler Behavioral Small-Cap Equity (FTHNX). This mutual fund focuses on the very inefficient sector of U.S. small-cap stocks. 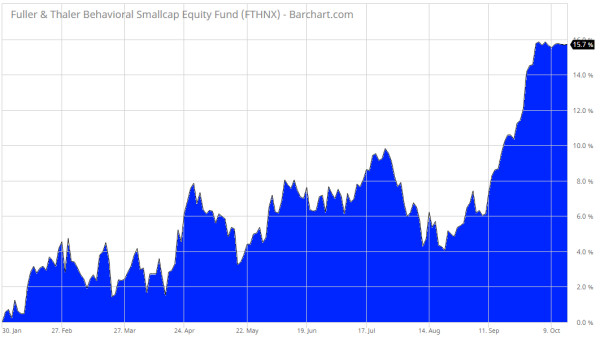 This fund is up nearly 15% year-to-date and 28.71% over the past year. Its average annual return over the past three and five years is about 16.5%.

The fund is available at most brokerage firms and at Schwab, it is part of their Marketplace (no commission fee and only a $100 initial minimum and $1 subsequent purchase). Looking at its portfolio, it looks like a good fund and not a D'oh! type of investment.