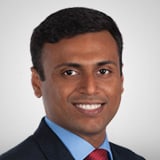 Everyone at MoneyShow would like to share a warm welcome to Azmath Rahiman, the newest editor to join the editorial team at the Cabot newsletters. Here, the new editor of Cabot Benjamin Graham Value Investor looks to exercise equipment maker Nautilus (NLS).

The gym and exercise equipment manufacturing industry is worth $5.5 billion in the U.S.  However, the U.S. players are facing stiff competition from low-cost suppliers in China and elsewhere, which has caused the domestic industry to shrink over the past five years. Imports are around 65% of the U.S. demand and that’s expected to grow in the short-term.

Nautilus is one of the smaller players in the group, though it owns major brands including Bowflex, Octane Fitness, Universal and Schwinn, includes treadmills, ellipticals, cardio, strength products and exercise bikes.

Around 85% of 2016 revenue came from consumer cardio products. Nautilus was founded in 1986 and mostly sells through direct channels, with the remainder via retail channels.

The company (which was once called Direct Focus) has gone through drastic changes in the last 20 years. The company started its business as a direct marketing business, marketing its Bowflex fitness equipment and Nautilus Sleep Systems. It’s been diversifying itself into various new products such as cardiovascular, apparel and nutritional products.

Under the leadership of Edward Bramson, Nautilus went through a major restructuring in 2008 and 2009. The company closed its manufacturing facility in the U.S., becoming one of the first fitness equipment manufacturers who entirely moved its production to Asia.

Most of the firm’s products are manufactured by third-party manufacturers, while the company is focused on the designing and marketing of the product. The company also sold its apparel business and closed its call centers in Canada. In September 2009, Nautilus decided to complete the divestiture of its commercial business and cut more than half its staff.

Edward Bramson, handed over the CEO position to Bruce Cazenave in 2011. Cazenave brought the company back to profitability and has been leading a growth revival since. The stock has soared from $2 per share to $20 per share in 2016, during Cazenave’s term.

Nautilus re-entered the commercial business (to supply gyms and health clubs) with the acquisition of Octane Fitness for $115 million in December 2015. Analysts were perplexed at the decision given that the company had exited this area during the 2008-2009 restructuring period.

However, Cazenave highlights that Octane’s business model is quite different from the old Nautilus’s commercial business. Octane is asset light and gets 22% of its revenues from overseas—this will create good synergy with Nautilus, which has only 2% international exposure.

Revenues did flatten in 2016, and the trend continued in 2017; revenues are expected to have totaled about $405 million last year, basically flat with 2016. Because of the worries and flattening growth, the stock has taken a dive in recent months, with the recent market correction driving prices down to nearly 11 before bouncing a bit.

How should you approach the stock from here? The stock could certainly see lower prices in the near-term, partially due to its own downward momentum and the previously mentioned worries and competition. Plus, of course, the market remains iffy — after a big, multi-month advance, stocks could certainly cool off for more than just two weeks, which could drive NLS (and everything else) down more.

But, from a long-term view nothing drastic has happened to the company. Bruce Cazenave continues to show excellent management skills with swift changes in strategies and focus.

There are three basic challenges that Nautilus has to overcome: 1) Get the right price point for their new product, HVT, and  improve the ad conversion rate, 2) improve the sales of declining TreadClimber and,  3) improve synergy with Octane. It will likely take some time for growth to kick into gear.

However, as we focus on the margin of safety of the company, I am assuming a conservative long-term growth estimate of 5% per year. Even with such a forecast, the company looks around 20% undervalued. I think you can buy a small position in NLS around here, and look to piece your way into the stock should it remain under pressure.

Another reason to start slow: Q4 results which are likely to be released later on February 20th, which is always a risk, especially with relatively poor results on the way. You may buy partially now and add further exposure after the Q4 earnings report. Buy.