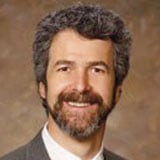 In MoneyShow's Top Picks 2018 report published at the start of the year, Timothy Lutts chose GDS Holdings (GDS) as his favorite stock for the year. Now up 78%, the growth stock expert and editor of Cabot Stock of the Week updates his outlook.

GDS Holdings is a Chinese company in the data center business, and its carrier-neutral, cloud-neutral facilities allow connections to all major Chinese telecommunications carriers and to many financial services companies and large enterprises.

Founded in 2001 as a business continuity and disaster recovery vendor, the company relied initially on third-party data centers. But starting in 2009, the company started building big data centers of its own in key locations and courting users who needed substantial capacity and power.

2016 was a big year for GDS Holdings, as it powered up four new data centers and came public on the Nasdaq exchange on November 2.

Even absent profits, the story here is growth, and a client list that includes major players like Alibaba and Tencent Holdings. As if double-digit sales growth weren’t enough, GDS Holdings has so far concentrated exclusively on Tier 1 Chinese cities, leaving the entire Tier 2 and Tier 3 landscape open for expansion.

And just for an extra, the company gets 10% of its revenue from customers outside China, and with its highly connected data interchange structure, GDS will be an attractive partner for more non-Chinese firms.

GDS stock has certainly been attractive to investors, up 77% so far this year. The big breakout came in May, when shares leapt from $32 to $46. It’s back down to around $40 now, which could be a nice buying opportunity. The story hasn’t changed, and trade war or no, demand for GDS’ data center offerings are sure to mushroom in the quarters ahead.

Subscribe to Timothy Lutts' Cabot Stock of the Week here…