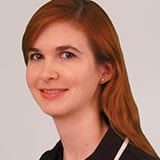 Utilities have long been considered “widow and orphan stocks” for their slow, steady returns and low volatility, and can do well when the rest of the stock market is doing poorly, explains Chloe Lutts Jensen, editor of Cabot Dividend Investor.

While they’re never going to grow fast enough to be hot stocks, utility companies usually operate legal monopolies in their market area, and don’t have to worry about losing customers. Long term, utilities usually manage to achieve annual earnings and revenue growth in the mid-single-digit range.

This reliability makes utilities good safe income stocks. They have predictable cash flows, so they can easily predict how much they’ll be able to afford to make in dividend payments. And they rarely cut their dividends during tough times, because utility demand will usually rebound long-term. The average utility’s yield is good too, around 4% per year.

NextEra Energy (NEE) is a national renewable energy company, and is my favorite of the utility stocks on this list. The company has wind and solar installations in 35 states and Canada, plus a handful of battery storage sites, natural gas pipelines and nuclear plants. According to the company, they’re the largest producer of wind and solar energy in the world.

The stock is in a steady, long-lived uptrend, and is trading near 52-week highs. But at a trailing P/E of 13, NextEra Energy still offers good value. NextEra also promises strong growth: the company is also expected to deliver 2019 revenue and EPS growth of 7.2% and 7.7%. And the company’s debt load is reasonable.

The stock currently yields 2.6%, and NextEra has a track record of annual dividend increases going back eight years. The company also has a reasonable payout ratio of 57%.

Pinnacle West Capital (PNW) is the highest-yielding utility on this list, with a current yield of 3.6%. The company is also expected to deliver strong EPS growth of 5.8% next year, and has a reasonable debt load.

Pinnacle is based in Phoenix and provides electricity to most of Arizona. The company also owns a stake in growth-focused Bright Canyon Energy, which is building new transmission infrastructure in the Western U.S.

Analysts expect revenue growth of 1.5% this year and 3.7% next year, fueling EPS growth of 3.0% and 5.8%. Pinnacle has paid dividends since 1985, and has increased the dividend every year since 2012, by an average of 5% per year. The company’s most recent dividend increase of 6% brought the stock’s yield to 3.6%.

Pinnacle West spent most of 2018 in a correction/consolidation, but finally broke out past longtime overhead resistance during the recent stock market correction and has lots of long-term potential.

Net income has risen in each of the last five years, by an average of 10% per year. This year, analysts expect Atmos to report 18% revenue growth and 10% EPS growth. Next year, revenues are expected to rise by 11% and EPS by 7%.

Atmos passes much of that steady cash flow on to investors. The company has a 35-year history of dividend growth. At the current annual rate of $1.94 per share, ATO yields 2.1% and has a payout ratio of 49%. Going forward, management expects to be able to increase the dividend by 6% to 8% per year.

Milwaukee-based WEC Energy Group (WEC) provides electricity to 4.5 million customers in Wisconsin, Illinois, Michigan and Minnesota. It’s a steady business, and WEC’s earnings have increased almost every year for the past decade. Over the next five years, analysts expect the company’s EPS to grow by about 5% per year on average, including this year and next.

The stock is reasonably priced, trading at a P/E of about 17. WEC traded in a long sideways range for most of 2016 and 2017, and finally broke out to a new three-year high just last month.

The stock yields 3.3%. WEC has increased its dividend every year for seven years, and has a payout ratio of 67%. And debt is reasonable, so rising interest rates won’t raise costs too much.

El Paso has increased its dividend every year since 2012, and has a payout ratio of 59%. The stock yields 2.5% at current prices. Although revenues are expected to decline slightly this year, analysts expect El Paso to report 4% sales and EPS growth next year.

IDACORP (IDA) is a hydroelectric utility serving southern Idaho and eastern Oregon. The company owns 17 hydroelectric plants on the Snake River as well as three natural gas-fired power plants. Analysts expect the company to report 0.6% revenue growth this year, followed by 1.5% growth next year. EPS are expected to rise 1.7% this year and 2.8% next year.

The company has relatively low debt, for a utility, which means rising interest rates won’t increase costs as much as at other utilities. IDACORP has paid dividends since 1985, and has increased its dividend every year since 2012. The company has a payout ratio of 59%, and the stock currently yields 2.7%.

Portland General Electric (POR) is Oregon’s largest electric utility, serving the northwest part of the state. Earnings are reliable, and operating income and EPS have each increased in each of the last five years. Revenues are expected to decline slightly this year, but then to rise by 2.2% next year. Analysts expect EPS to grow by 1.7% this year and then by 5.2% next year.

And even after a rally earlier this year, the stock isn’t overbought. Portland General Electric trades at a P/E of 19 and is still below its late-2017 high. The company targets a payout ratio of between 50% and 70%, and is currently paying out about 62% of earnings. The utility has increased its dividend every year for 12 years in a row, and currently yields about 3.2%.

In February 2018, I recommended Edison International (EIX) as a new Aggressive Holding; the shares h...

Utility stocks have posted impressive returns over the last two years; it is precisely that strength...

My favorite investment idea for 2020 is a Canadian firm that reports under US GAAP accounting, makin...