Ante Up Some "Chips" for a Future Recovery? 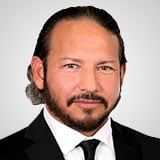 The devastating wealth destruction that has been caused by the coronavirus is unprecedented. And as bad as it’s been for the equity markets, we do know that when the virus is defeated, the buying will begin again, explains Jim Woods, editor of The Deep Woods.

One fund that is likely to do well when the market rebounds is an ETF that’s pegged to the technology sector and one that offers direct exposure to semiconductor chipmakers. These are the hardware stocks that develop, manufacture and power the brains behind all our technological devices.

Since it only holds companies that are listed in the United States, it is easier to trade, but has a somewhat limited scope. SMH allocates about one-third of its portfolio to Intel (INTC) and Taiwan Semiconductor (TSM). Still, with only 25 holdings, the fund is a highly concentrated play on the market.

As one of the most liquid semiconductor ETFs on the market, SMH trades in large volumes with penny-wide spreads to match, and its underlying liquidity is ideal for block traders.

It’s also an efficient fund with a modest expense ratio and reliable tracking. It appears to be a strong play in the semiconductor space for those who are willing to accept the extra exposure to the United States.

With the recent state of the market, SMH is available at a discounted price. As you can see in the chart below, SMH has been trending upwards for a long time and has shown its ability to weather market corrections.

In short, SMH is a concentrated, predominantly U.S.-based ETF consisting of mega-cap semiconductor companies. Due to being heavily weighted in the United States, the fund has a somewhat narrow scope. However, investors who are looking to gain exposure to the semiconductor space should consider this fund.