Bullish on Commodities, Bearish on Stocks 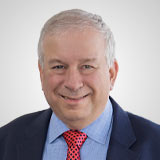 Q. You've written that we're in a deflationary environment based on the loss of earnings power in North America yet you are also a commodity bull. Can you square that circle?

A. Asia and China are reviving much more quickly than the rest of the world. And China is the world's largest buyer of commodities. So long as the Asian economy continues to firm and commodity producers retain their production discipline, we are going to have an up trend in commodity prices.

Q. What about suggestions that China's economy still is hugely dependent on exports so that deflation in the US will in turn diminish China's appetite for commodities?

A. That's a clear risk. If Asia relapses, then commodities will follow suit.

Q. But you don't believe that it will?

A. We may end up being surprised over Asia's endurance. Before Lehman collapsed, the US was nine months in a recession. And even though the rest of the world slowed, positive growth rates by and large were intact. The wheels only fell off when global trade finance vanished in the aftermath of the Lehman collapse. So, we had a nine-month window and we saw that even with a US recession, growth rates in Asia were broadly positive.

Q. [So], does it make sense to invest in the markets of commodity producers like Brazil and Canada?

A. I would tend to agree with that. A secular bull market in commodities began towards the end of 2001. It went into a bubble phase under the influence of the rampant credit excess of a few years ago. And now you can look at the chart of the CRB Index and see that the fundamental long-team bullish trend line was never violated. It's very much like the stock market in the summer and fall of 1987: it sure felt like the end of the world, but when you look at the chart now, it's like a speck of dust—it was a severe correction in what was a secular bull market.

Q. Canada is closely integrated with the US economy, and lately we see that retail sales are weak and unemployment is up. How is the Canadian consumer doing?

A. Canada sends a third of its GDP to the US, so it is hitched to the US consumer. And at the same time, Canada right now has a deeply overvalued exchange rate, which is really crimping the manufacturing sector. But conditions here, while weak, are not nearly as weak as in the US from a structural standpoint. Canada's fiscal deficit is purely cyclical. And the US deficit has a very large structural element to it. Canada never did undergo the same degree of the housing bubble as the US did, and let's face it: the government of Canada has not had to bail out any banks, and most measures of capitalization and solvency are stronger in Canada.

Canada will stand to benefit from the fact that fiscal policy in the future will not be tightening nearly as dramatically as in the US. At the same time, Canada's exposure to commodities and Asia is higher, and that's really where the action is going to be.

A. There is no magic bullet. This was a 20-year secular credit expansion gone absolutely parabolic during this 2002-2007 "ownership society" period. In a post-bubble credit collapse, the transition to the next cycle is fraught with fragility, double-dip risks, widespread excess capacity, and lingering deflationary pressures.

To think that we're sitting here today, two years after the most dramatic easing of monetary policy on record, with a zero-percent funds rate and a massively pregnant Fed balance sheet and not to mention the 13% fiscal-deficit-to-GDP ratio that we would even be debating whether the economy is in a recession really says a lot, doesn't it?

After 20 years of living beyond our means, mean reversion means we're going to spend a long period of time living beneath our means. The household sector is going to be putting more of the paycheck into a coffee can instead of going out and buying more coffee.

Q. How does one invest in this environment, aside from "carefully?"

A. As long as the Asia story remains intact, commodities will still be a very good place to be. The less cyclical exposure to the equity market, the better. There is going to be an ongoing focus on income at the expense of capital gains. The 70 million US boomers who have now been crushed by two failed bubbles seven years apart and are staring retirement in the face are going to be focused on savings, which means not relying on asset inflation but socking away money the old fashioned way.

The proportion of bonds among household assets is going to rise over time as the stretch for income continues unabated. The past couple of months, inflows into bond mutual funds have been rising at a record rate.