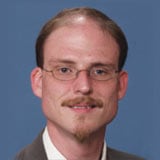 While the oil market looks to be collapsing, oil traders are still betting on a recovery. When you look at the futures curve, the traders are anticipating that things will get better, observes Ben Shepherd, editor of Wyatt Research's Personal Wealth Advisor.

The bad news is that the recovery is expected to be about six months out. We’re going into a prolonged recession, though, based on what the futures market is telling us. Nobody’s betting on cars getting back on the road, or the chemical plants firing back up, any time soon. But they will.

So, while some will find this counterintuitive, I like ConocoPhillips (COP). Riding high after I first recommended it last April, it has since lost just over half its value as the price of West Texas Intermediate has plunged to just under $25.

Worries that a recession will dampen oil demand – even as Saudi Arabia, Russia and other countries are ramping up production — has caused that plunge in oil prices.

There’s no way to sugarcoat this. No one can currently produce oil economically in this pricing environment. That’s a scary prospect for the energy business, especially as bond buyers are predicting a wave of debt defaults in the energy patch.

ConocoPhillips hasn’t been caught flatfooted by this turn of events, though. It restructured its exploration and production program after the oil bust we saw in 2014 and trimmed its capital expenditures to the point that it can now break even with oil at $40 a barrel.

It’s also cut, but hasn’t totally suspended, its share buyback program and made other economies for the past month or so.

I don’t want to leave you with any illusions of profitability, at least not in the near term. But ConocoPhillips currently has more than $5 billion of cash on the balance sheet with another $5 billion in short-term investments, so it has a cash cushion of more than $10 billion.

It’s also been cash flow positive over the past few quarters, even after paying $1.5 billion in quarterly dividends and buying back nearly twice that amount in stock every quarter.

Given its economies, I don’t see its dividend — which is currently yielding 5.7% — as being in immediate danger. In fact, if you’re in a position to take on some risk, I consider ConocoPhillips a bargain at this price, with the caveat that there will be more volatility. Recommended Action: Buy ConocoPhillips.