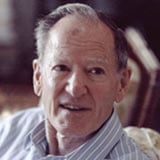 "Technology is the heart of the US economy," says George Gilder, whose portfolio was up 136% over the last two years. "It spearheads the innovation that actually creates wealth. In general, for big winners, you have to go to tech." Here are some of his favorites.

"My favorite company for the past ten to 15 years has been Qualcomm (QCOM NASDAQ). The company is a juggernaut. This is not just a hardware company but also a software company. It’s a wireless play. It’s a teleputer play. It is the #1 fabless semiconductor company. It’s the leader in intellectual property in code division multiple access, which is the next generation of wireless around the world. It’s a broadband company now, and its network is steadily improving. Its Data Flow technology offers TV on your cell phone. It just bought a firm, which holds the intellectual property for a new form of wireless broadband. It’s also a China and India play. In my view, it should still be a leading part of any technology portfolio.

"Microvision (MVIS NASDAQ) is a MEMs technology, which stands for micro-electronic machines. This will actually have nano dimensions, which can manipulate a tiny mirror that can inscribe an image on your retina at microwatts of power. It is a high-resolution image good enough to fly a fighter plane or repair an automobile, by viewing an image in goggles, which contains manuals, and images. This is ultimately applicable to the teleputer revolution where the main focus of computer technology moves from desktop devices to completely mobile devices that actually outperform desktops. There’s a lot going on.

"I think the merger of silicon and biotechnology is the most fertile crescent of growth in technology. Biological and silicon systems intersect in all kinds of ways. Those two areas of growth coming together, where you have DNA and chips that can identify a wide array of pathogens in very short periods is an increasingly attractive area. A company like Cepheid (CPHD NASDAQ), which won the post office contract for identifying anthrax with its GeneExpert technology, which combines both biological elements, and DNA with silicon. It’s an interesting nano-bio concept."