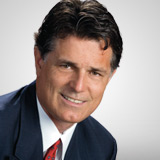 Sponsored Content - Based on new empirical research findings, the Dow Jones 30 (Dow) Composite Index is likely to soon peak and begin a steady decline to new lows in 2020 or 2021.

According to the SCPA (Statistical Crash Probability Analyses) algorithm, the probability is 90% for the Dow to reach new lows before the current US recession ends. The algorithm’s forecast assumes that the 2020 recession will last until at least March of 2021.

The forecast is based on SCPA research of the Dow’s performance during the five US recessions from 1929 to 2007, which lasted a minimum of one year. The chart below depicts the five recessions. 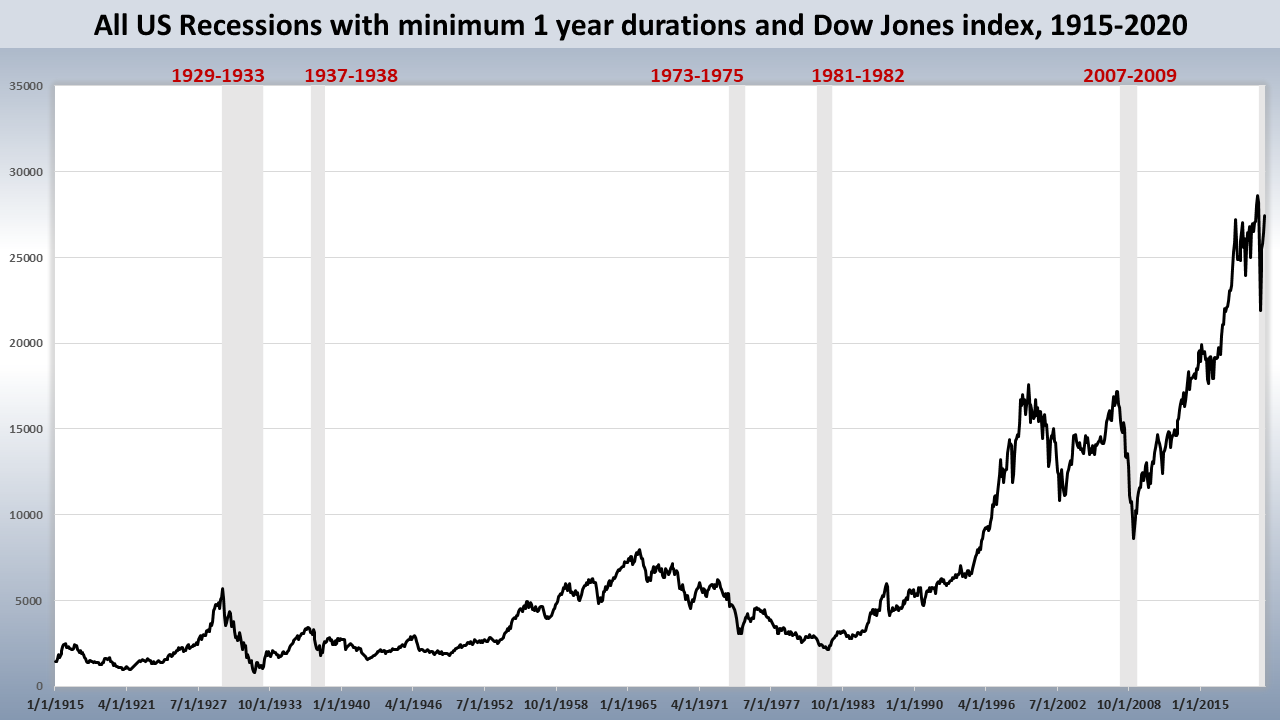 The research findings revealed that the Dow:

The five charts below break out the performance of the Dow for each of the recessions. 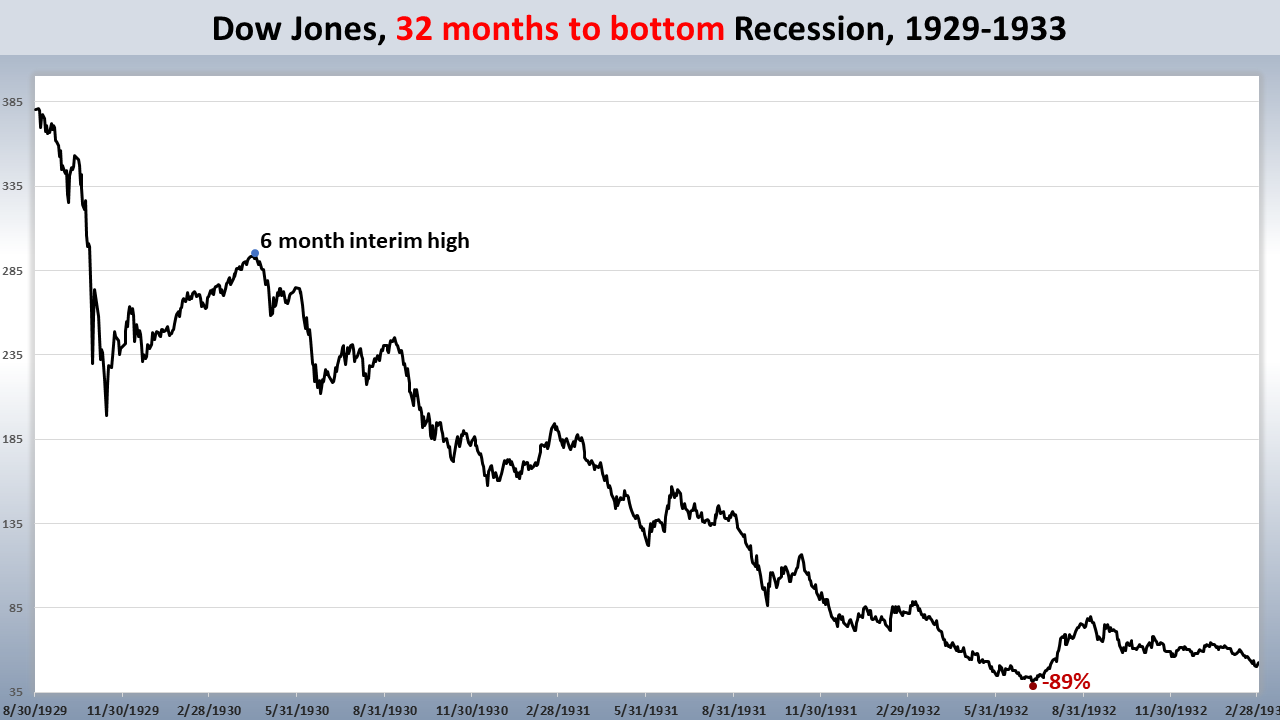 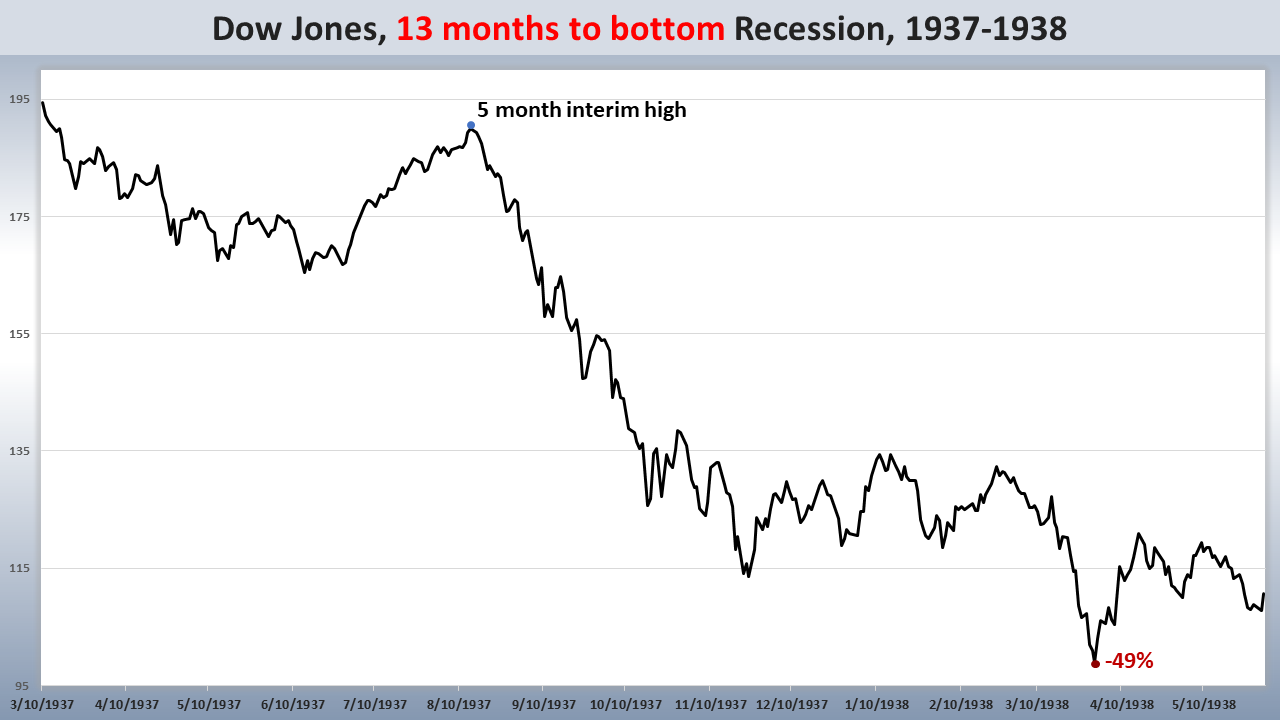 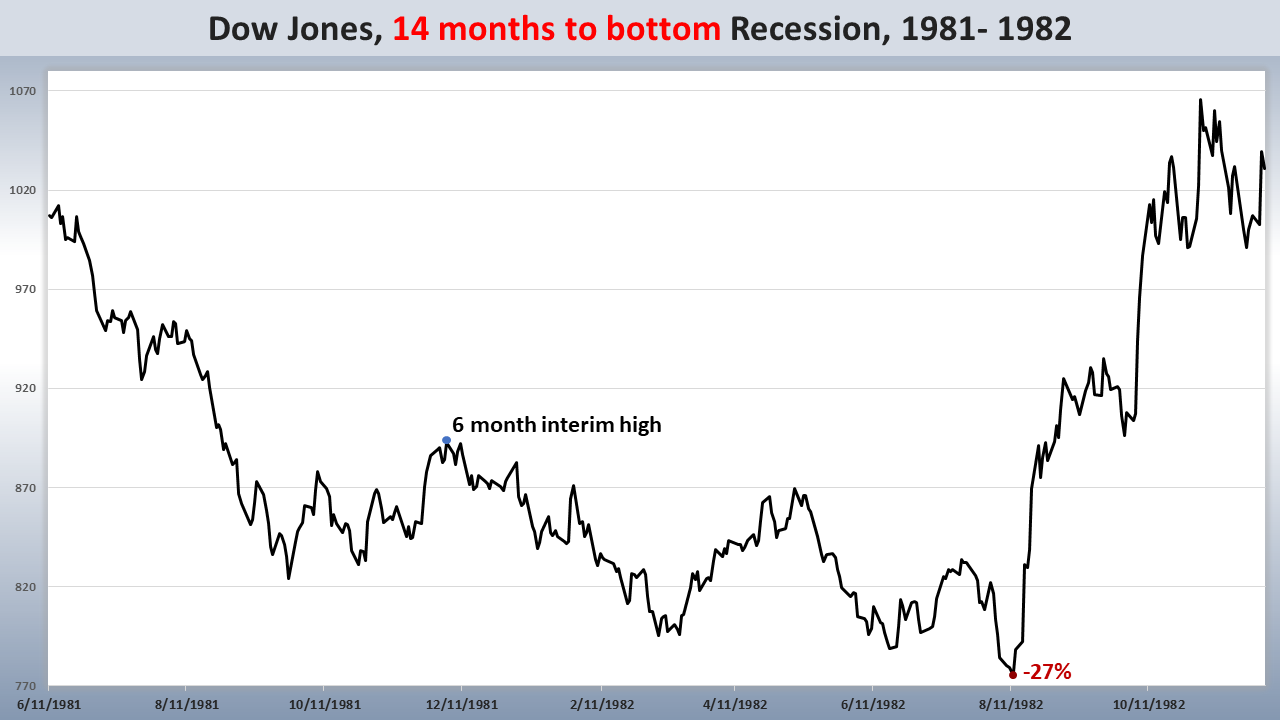 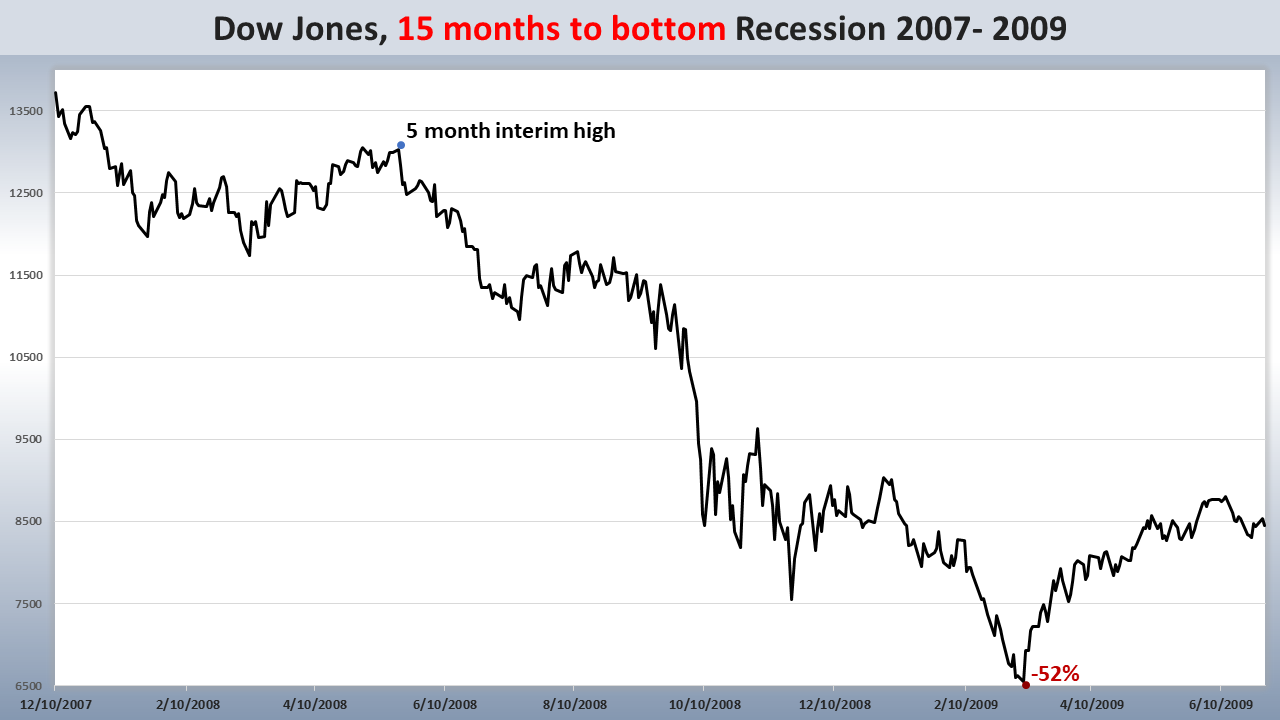 The chart below for the Dow Jones depicts that the index closed at its post-crash high on August 14, 2020. 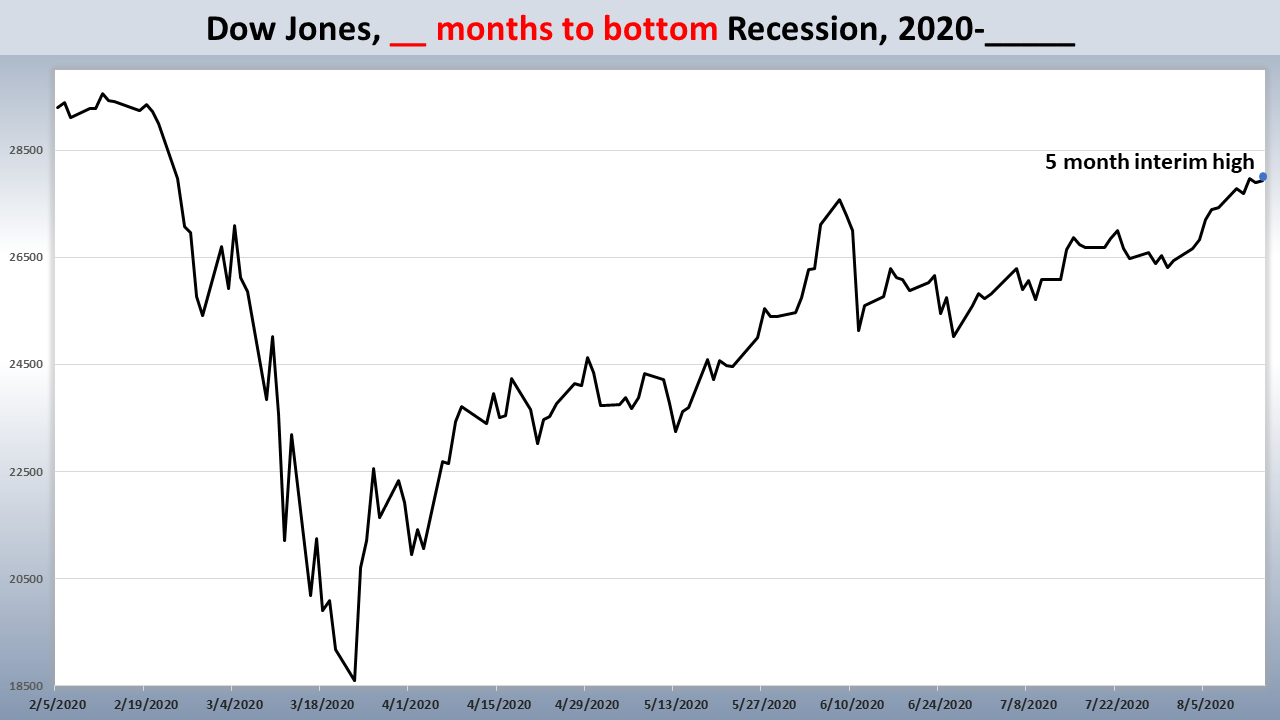 Based on SCPA, the probability is 100% for the Dow to have already reached its post-crash high or for it to reach the high during September 2020, which will be the seventh month since the recession began. Coincidentally, prior to the SCPA’s recent discovery, the SCPA had forecasted the post-crash high to occur for the Dow and the markets of a dozen other countries by September 18, 2020 at the latest.

The Dow’s big question for the recession of 2020 is will it last a minimum of one year? If the answer is yes, the SCPA’s probability is 90% for the Dow to pierce its March 23, 2020, low before the 2020 recession ends. The 90% probability was calculated from a computing the average of the following:

From the findings that were published in the August 27, 2020, article entitled Probability of V-Shape Recovery Low, Depression High, the probability is 99% for US economy to be in a recession for a minimum of one year. The findings were comprised of public accounting firm Deloitte’s forecasts for US economy for years 2020 through 2025 and empirical data for the US economy dating back to 1929.

With the probability almost 100% for the Dow Jones Composite Index to reach a new low in 2020 or in 2021, and before the recession ends investors need to be defensive.

The SCPA (Statistical Crash Probability Analysis), algorithm evolved from my empirical research of market crashes. Below are the SCPA’s open forecasts, which were made in the second quarter of 2020:

The one-minute and 52 seconds video below is about the SCPA algorithm and includes its accurate forecasts since it became operational in March 2020.

The best defense for a steadily declining economy and stock market is to trade or invest in inverse ETFs, which go up in price when the market goes down. The products in the table below are powered by algorithms, which were developed from empirical research conducted on prior volatile markets.

This link is to all of the published articles and all of the bear-market investing products, which are available at BullsNBears.com.

Michael Markowski, the author of this article is a media recognized expert for identifying market anomalies and then conducting empirical research on them to develop predictive algorithms. His algorithms predicted the collapse of Lehman, Bear Stearns, and Merrill Lynch one year before Great Recession. Also predicted 2016 Brexit crash, 2018 4th quarter crash, 2020 crash, and exact March 23, 2020, bottom. For more about Michael and his algorithms click here.