Sponsored content - Furie drilled the KLU#4 in the north block to 10,000’ but had to temporarily abandon it because the Cook Inlet started freezing up. Furie was anxious to finish drilling the KLU#4 the following summer and to begin oil production. The state knew that Furie’s primary goal was oil production, but they were more interested in Furie pursuing additional gas wells. The state was aware that the KLU#4 had already encountered numerous zones that calculated productive. They made a deal with Furie that if they pursued the gas development wells, the state would remove any expiration date on the leases, essentially holding the north block. Furie had several reservoir analyses done by SPRI on the KLU#4, and it showed huge potential reserves. The reservoir analyses along with the 3-D seismic evaluations gave Furie the confidence to begin planning the construction and eventual installation of an oil platform in the north block. 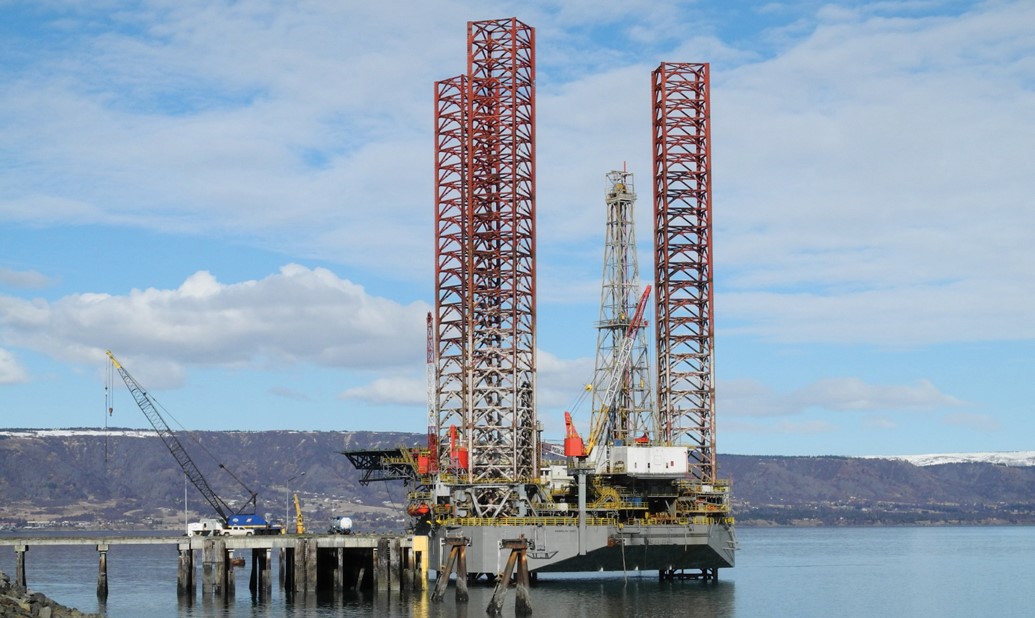 Furie Operating Alaska will use the Randolph Yost jack-up rig to drill for oil this year
about six miles from its gas-producing platform in Northern Cook Inlet.
Photo/Michael Armstrong/Homer News

Furie Operating Alaska is taking the first steps towards adding an oil platform to its Kitchen Lights gas development in Northern Cook Inlet.

“We know there’s gas there for sure; we’ve drilled through some gas, and we see the gas on the seismic, and on the seismic, it appears to be a pretty large oil reservoir, but again, you don’t know for sure until you drill into it,” he said. “It could be really good sandstone with water.”

The company once intended to drill farther, into the Jurassic formation, but expiration of the state tax credit for drilling with a jack-up rig in July caused Furie to back off on the extra drilling, Webb added. The work will be done with the Randolph Yost jack-up rig, a modified shelf-drilling rig the company moved to the Inlet early this year from the South Pacific.

He said Furie hopes to get at least 2,000 barrels per day from KLU-4 starting sometime in 2019, about the time the company believes the oil production will become profitable.

While Furie has identified gas in KLU-4, it hasn’t been fully delineated.

“We’ll go after the oil and the gas that will be there when we need it,” Webb said.

It has begun the permitting process for another platform and is shooting for mid-to-late 2018 to start development and eventual installation.

“Depending on which road the federal agencies take (the permitting process) could be anywhere from one to three years. It depends if they decide (the platform) warrants an environmental impact statement,” Webb speculated.

He said the second platform should cost less than the roughly $200 million it took to install the Julius R because a pipeline tie-in would only have to reach six miles back to the Julius R platform. Webb said a second pipeline to shore is already permitted if production from the combined developments eventually exceeds current pipeline capacity.

The experience gained from the Julius R should also help keep the costs of a second platform down.

“We learned a lot from the last installation,” Webb said.

In the meantime, Furie is also drilling two development gas wells from the Julius R platform to supply the gas contract it signed with Enstar earlier this year. That contract starts in April 2018.

This is article 5 of 8 on the ProAK royalties in the Kitchen Lights Unit in the Cook Inlet of Alaska, as being offered through the Northern Lights Opportunity.