Learn to Trade Like the Casino, Not the Gambler at the Tables 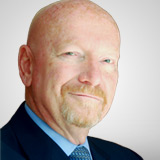 Sponsored Content - You have probably heard or read the following “rule of thumb” for trading: Only trade positions with potential profits of at least three times the potential losses, says Kerry Given of Parkwood Capital, LLC.

This sounds like a reasonable rule, risking a little to make a lot. However, it ignores the probabilities of the trade. Buying a lottery ticket for $1 to potentially make $1 million certainly meets this criterion for a good trade. But we intuitively know that the odds against us winning are astronomical.

The probabilities of the various outcomes of a proposed investment are often overlooked. When someone tells you an investment will return 300%, but doesn’t tell you the probability of success, you are missing critical information necessary to evaluate that investment. When one accounts for the probability of the profitable outcome, one computes the expected value or the risk-adjusted return of the investment.

We can take this analysis one step further by accounting for the probability of loss. Using the same IBM covered-call trade, let’s assume we have a stop-loss order entered that we believe will take us out of the trade with an 8% loss. Now our expected return has two terms:

Therefore, if we were to place this trade many times, our expected return, based on the probabilities of gain or loss, would be a net loss of 0.2%. One could improve this strategy by either improving the probability of success or tightening the stop loss to reduce the maximum loss. This example illustrates the inherent dangers of entering trades without understanding the probabilities of the trade’s potential success.

Trading strategies can be positioned in a variety of ways resulting in a broad range of risk/reward ratios. Trades with large risk/reward ratios are often called high-probability trades, i.e., trades that have probabilities of success of 85-90%.

The iron condor option strategy can be positioned in such a way as to have an 85% probability of profit. On the surface, that sounds very attractive. However, the losses for these trades can be quite large, even though their occurrence is unlikely. For example, a typical iron condor might be characterized as having an 85% probability of achieving a 19% return, but the trade also carries the risk of a 100% loss, albeit with a 15% probability of occurrence. The expected return may be calculated as follows:

Or the calculation can be done with the dollar amounts. The 19% gain could correspond to a $1,600 gain and a maximum loss of $8,400. The expected return is:

Trading this strategy over time and many trades is going to be close to break even and may even be a loser after trading commissions are included. Maybe high risk/reward trades, or high-probability trades aren’t the answer. Let’s consider the low risk/reward ratio or low-probability trade.

Low-probability trades are akin to the lottery ticket, i.e., the maximum gain is large, but the probability of success is extremely small. Traders are often tempted by this trade because the loss is relatively small, similar to the temptation to buy the lottery ticket. In fact, this trade is often advertised as a low-risk trade.

Vertical options that are positioned far out-of-the-money (OTM) are examples of low risk/reward or low-probability trades. With Apple (AAPL) trading at $126, we could buy the April 135 call and sell the April 140 call for a debit of $102. We could enter the trade for the relatively small amount of $102, and that is the maximum loss. The maximum potential gain is $398. The probability of success is 17%. The expected return is:

The expected return of this low-probability strategy will result in a net loss over many trades. This is typical of the low risk/reward trades.

Trading strategies come in all sizes and shapes that suit a variety of style and risk preferences. But the reality is that none of these strategies have an inherent advantage. Some trading education firms and authors will often claim that they have found the holy grail of trading and have the “best” trading strategy. Each trading strategy has its own set of advantages and disadvantages.

Therefore, one must manage the trade in such a way as to develop a probabilistic edge. The best analogy is a Las Vegas casino. The odds for every game favor the casino. The probabilities guarantee that the house will always be the eventual winner. In stock and options trading, one must understand the probabilities and develop a trading system that gives the trader a positive edge.

Learn to trade like the casino, not the gambler at the tables.

If you want to learn more about real-world trading, absent the marketing hype, check out the private coaching, group classes, and trading services offered by Parkwood Capital. You have entered The No Hype Zone!