Why Cryptocurrency Investors Should Think About Moving to Puerto Rico 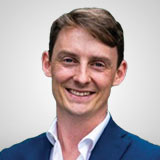 It’s hard to imagine a downside to suddenly becoming a cryptocurrency millionaire, but US citizens face a steep one: taxes.

According to federal law, cryptocurrencies are property—like stocks—and their owners must report any financial gains made through trading. At the same time, the IRS has said that only 0.2% of Coinbase users report their transactions as capital gains.

For the vast majority of cryptocurrency traders who don’t report their trading income, it’s just a matter of time before authorities start demanding answers. For entrepreneurs and investors who have already realized huge earnings, the risk of being punished as an example to others is real.

How Much Do Cryptocurrency Millionaires Owe in Taxes?

For married people with no other income filing jointly, the tax rate for long-term capital gains above $496,601 is 20%.

President Biden’s proposed stimulus and infrastructure bills could push that percentage as high as 43.3% for investors who make more than $1 million.

The short-term capital gains tax rate—which applies to assets bought and sold in less than one year—is treated as regular income. If you are in the highest possible tax bracket, that means paying a 37% tax.

Cryptocurrency investors and entrepreneurs who live in a state that taxes capital gains must also pay an additional percentage on top of their federal taxes. In California, for example, taxpayers with more than $1 million in income must pay an additional 13.3%.

Moving from California to a state like Florida or Alaska (neither of which has an income tax) can save a cryptocurrency investor hundreds of thousands of dollars or more. Minimizing federal taxes, however, is far more difficult.

Most countries calculate taxes based on residence. If you live in France, India, Botswana, or almost anywhere else, you pay taxes to that country’s tax authority. If you move out of the country, you no longer have to pay those taxes.

This makes sense because French, Indian, and Botswanan expats do not generally benefit from government services provided in those countries. They don’t use their home country’s roads, utilities, or healthcare infrastructure.

The United States is one of the only countries in the world that assesses tax liability based on citizenship. This means that American citizens must pay US federal taxes even if they declare residency in a foreign country and pay taxes there.

This has been a controversial issue among expatriated Americans since the Civil War. In the 21st century, the US government continues to justify its unique stance on expat taxes by pointing towards the “inherent benefits” of being a US citizen but has not gone on the record as to what exactly those benefits are.

For cryptocurrency investors and entrepreneurs, that means that packing up and moving out of the country won’t reduce their federal tax liability.

In fact, it may just lead to additional paperwork. US expats with more than $10,000 in foreign-held accounts must complete the Foreign Bank Account Report (FBAR) and other documents as part of the Foreign Account Tax Compliance Act (FATCA).

For cryptocurrency investors who want to avoid navigating a labyrinth of tax code acronyms but are ready to relocate to optimize their tax liability, one more option exists. Many new millionaires are solving their tax problems by moving to Puerto Rico.

Why Move to Puerto Rico?

Puerto Rico is the only place in the world that follows neither US domestic tax law nor the FATCA. As of January 1, 2020, island residents enjoy full tax exemptions on Puerto Rican-sourced dividends and capital gains earned from the appreciation of securities—like cryptocurrencies.

In order to benefit from this exemption, US citizens have to live in Puerto Rico for at least 183 days during the taxable year and obtain an official tax exemption decree. The tax exemption document costs $5,000 up-front and requires an annual contribution of $10,000 to a registered Puerto Rican non-profit organization.

This is the lowest rate that a US citizen can possibly achieve without going through the costly, permanent process of renouncing US citizenship altogether.

Of course, rock-bottom taxes are only part of Puerto Rico’s allure. The Caribbean commonwealth has a tropical appeal that has attracted generations of tourists and expats throughout the years. With an influx of investment cash from its new, affluent residents and renewed support from the Biden administration, the island is finally getting a chance to rebuild the infrastructure damaged so severely by hurricanes Irma and Maria in 2017.

Puerto Rico has already attracted the attention of high-tech billionaires and cryptocurrency entrepreneurs who believe in financial decentralization. The island commonwealth is not just a place where newly affluent residents can build their own airports and go yachting—it’s also where innovative development is taking place.

The island’s new residents are planning the construction of a brand-new city whose infrastructure is based entirely on blockchain technology. The city, named “Sol,” has the backing of the island’s local government, which is happy to promote Puerto Rico as a sanctuary for world-changing ideas.

Puerto Rico’s burgeoning population of Bitcoin billionaires is investing significant portions of its wealth towards creating this cryptocurrency utopia. With the project still in its early planning stages, the time is ripe for new investors to move in and make their mark on what could be the next century’s most dynamic new tech community.

Visit our investment opportunities page to learn more about how you can be a part of the island’s exciting future at Lifeafarcapital.com.