Longer term, I feel most digital coins will vanish. They have no use case. Focus on the picks and axes of this budding industry. Nvidia and Advanced Micro Devices make digital coin-mining possible, writes Jon Markman, editor of The Power Elite and Tech Trend Trader.

Fiat-digital coins are coming. And the concept is just as clunky as the name.

Venezuela launched sales for the petro Feb. 20. This is a cryptocurrency backed by crude oil.

Its arrival speaks volumes about Venezuelan finances. It also sounds a warning to crypto speculators.

The rules are changing. Buyer beware.

It was a death blow to an already cash-strapped country.

Deprived of the ability to raise capital and service its growing national debt, Venezuela has seen the cost of everything spiral out of control.

But with the petro, Venezuelan President Nicolas Maduro is promising a new era.

If everything goes according to plan, some 82 million petro tokens will be available at launch, each backed by a barrel of oil. That would make the petro the world’s first fiat-cryptocurrency.

Maduro said the first-day of pre-sales raised $735 million, and that the value of the entire issuance could reach $6 billion. He also said the petro could “take on Superman.”

That all remains to be seen. Here’s what we do know now … 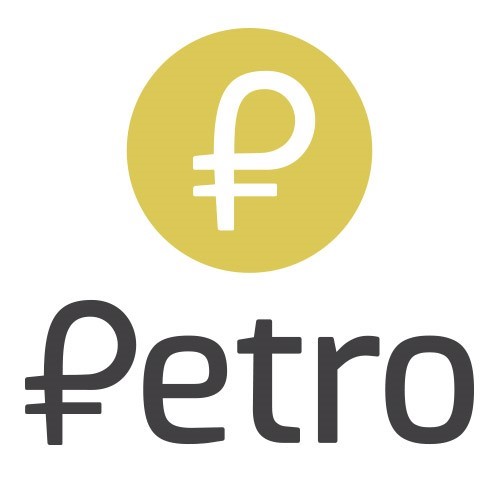 Pre-sales started Feb. 20 for the petro, which represents a barrel of crude from Venezuela’s Orinoco oil belt. The petro initial coin offering is set for March 20.

Built on top of the ethereum blockchain, the petro has many of the characteristics that made initial coin offerings a big hit with speculators …

In theory, it is transparent and frictionless. In practice, however, it lacks decentralization. Cryptocurrencies are attractive precisely because they are outside of central control.

The petro is merely an extension of the bolivar, the failed paper currency of Venezuela.

There is also the sticky matter of U.S. sanctions. Given the backing by the government, and the offer of state assets as collateral, the petro looks a lot like a bond offering. Buyers might be in violation of sanctions.

Russia, also the subject of crippling U.S. sanctions, is developing another fiat-digital coin, the cryptoruble.

In January, the Financial Times reported Sergei Glazyev, Vladimir Putin’s chief financial adviser, told a government meeting that a cryptocurrency would allow the Kremlin to “settle accounts with counterparties all over the world with no regard for sanctions.”

The politics are tricky. But countries are taking a closer look at cryptocurrencies as a solution.

Brian Behlendorf, executive director at Hyperledger, an open-source blockchain platform, told Computer World that many countries are pushing hard to implement domestic digital tokens. The attraction, Venezuela and Russia aside, is reduced administration and lower costs.

The coins would be tied to the underlying domestic currency, or backed by a commodity.

Royal Mint Gold is a cryptocurrency backed by gold. It has the full backing of the United Kingdom Royal Mint.

The People’s Bank of China issued a whitepaper that detailed how a cryptocurrency would aid consumer transactions, and the stabilizing benefit to China’s fiat currency …

The goal is to create a stable, domestic fiat-cryptocurrency.

The involvement of governments is important. It means competition is coming.

While these new coins are not exactly the same thing, that will not matter. The issuers have the power to squash the current crop of cryptocurrencies with stifling regulations.

That is the real risk. In some cases, it will be existential.

I have been telling my members to be patient. Longer term, I feel most digital coins will vanish. They have no use case. They cannot pass the test of scrutiny, and that is coming as the rules change.

Related story: Why Most Crypto Altcoins are Going to Zero

However, some coins will definitely survive. Unlike fiats, their strength is decentralization and scarcity. That makes them a store of value. By that measure, they are still tremendously undervalued.

I have been telling my members to focus on the picks and axes of this budding industry for now. Nvidia (NVDA) and Advanced Micro Devices (AMD) make digital coin-mining possible.

I also recommend looking for opportunities to buy Microsoft (MSFT) and Accenture (ACN), two companies at the forefront of large-scale blockchain solutions. The former is doing cloud-based back ends. The latter is the leading consultancy for what promises to be a revenue stream that will stretch into the hundreds of billions.
In the interim, don’t cry for me, cryptoVenezuela.