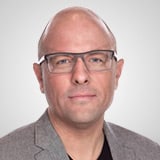 In First sign of unravelling cryptos on June 15, I discussed how a break of key support foreshadowed a steep decline in bitcoin (BTC-USD) and ethereum (ETH-USD). And, it was believed that it would bring most of the crypto market with it, writes Ryan Wilday.

And, while it did bring bitcoin down hard, we’ve seen very little decline in ethereum. I had suggested in previous writings and on my Korelin Report discussions that we’ve seen some fledgling signs of decoupling in some alt coins from bitcoin movements since April. This is further evidence.

Not only did bitcoin break $7075 but plummeted a further 18% to $5770, while ethereum dropped only 14%. While this may seem like splitting hairs, this with the relative outperformance in ethereum since April is significant in my world. Ethereum is a higher beta asset than bitcoin. This means it normally moves farther in both directions. But not this time.

Also, when measured by Fibonacci extensions, it can still be said that ethereum may be holding on to a bullish, albeit tested setup. No chance in bitcoin. It is has already broken April and February lows.

When we look at the ether/bitcoin pair chart the outperformance off the April low is more evident.

So, what can we expect from here?

The key questions on my mind are:

Regarding the first question. On my latest bitcoin chart I see a drop to $4700 as likely. In my view this decline is almost complete, and as long as we remain under $7045, I see that lower level should be hit.

While I don’t have a very clear indication of $3000 being hit, bitcoin is often an “extended fifth” asset. Given the historical length of 5th waves, particularly in bottoming capitulation, I am open to an extension to $3000. So, $3000 is also a key long-term level for a low wave iv.

With respect to ether, if we break the recent lows at $419, there is no bullish case left until downside is complete. What is strange is that I see no way ether is going to see my most bearish targets unless bitcoin goes below $3000. At least it is difficult to see that happening from here.

So, the lowest target I see likely if $419 is a key Fibonacci level at $315. This is expressed with the redline on my chart, with white being normal extensions. That $315 level isn’t far from here in crypto terms. Attached is my bearish view on ethereum, and you can see the extension that I believe likely, until we halted and turned at $419, failing to extend as I expected.

And, finally might we turn again in a fake rally? I am on watch for this scenario: warning that we’ll see this come with a break of $545 in ether and $7045 in bitcoin, particularly if the structure is impulsive in nature.

Quite often in corrections, you get a high B wave before the final C wave decline. These large fake rallies are exacerbating. They get bulls to go all in and get many believing that their losses are finally being relieved.

But instead of moving past break out levels, they fall apart and return to our bearish targets. In ether we can see a rally to $1400 that falls back to the $200s. And, in bitcoin it is reasonable to get as high as $15,000 before falling back to $4700 or below.

While for me this scenario would be a very profitable one, for the general public, I call this the evil scenario. Great hope and money would be placed in such a scenario before the market destroys the invested. Yet this is also a scenario that indicates the long trend in bitcoin and ethereum is very strong. High B waves are ultimately a bullish sign in any market.

Underlying this possibility is the immense short position on Bitfinex. Currently the short interest on Bitfinex is reaching record levels. When short interest reaches this level, shorters believe they can take profit on the bear side with impunity. But when it feels that easy, it is likely to turn difficult.

Technically speaking this short interest supports a rally to maximize pain of these short players. 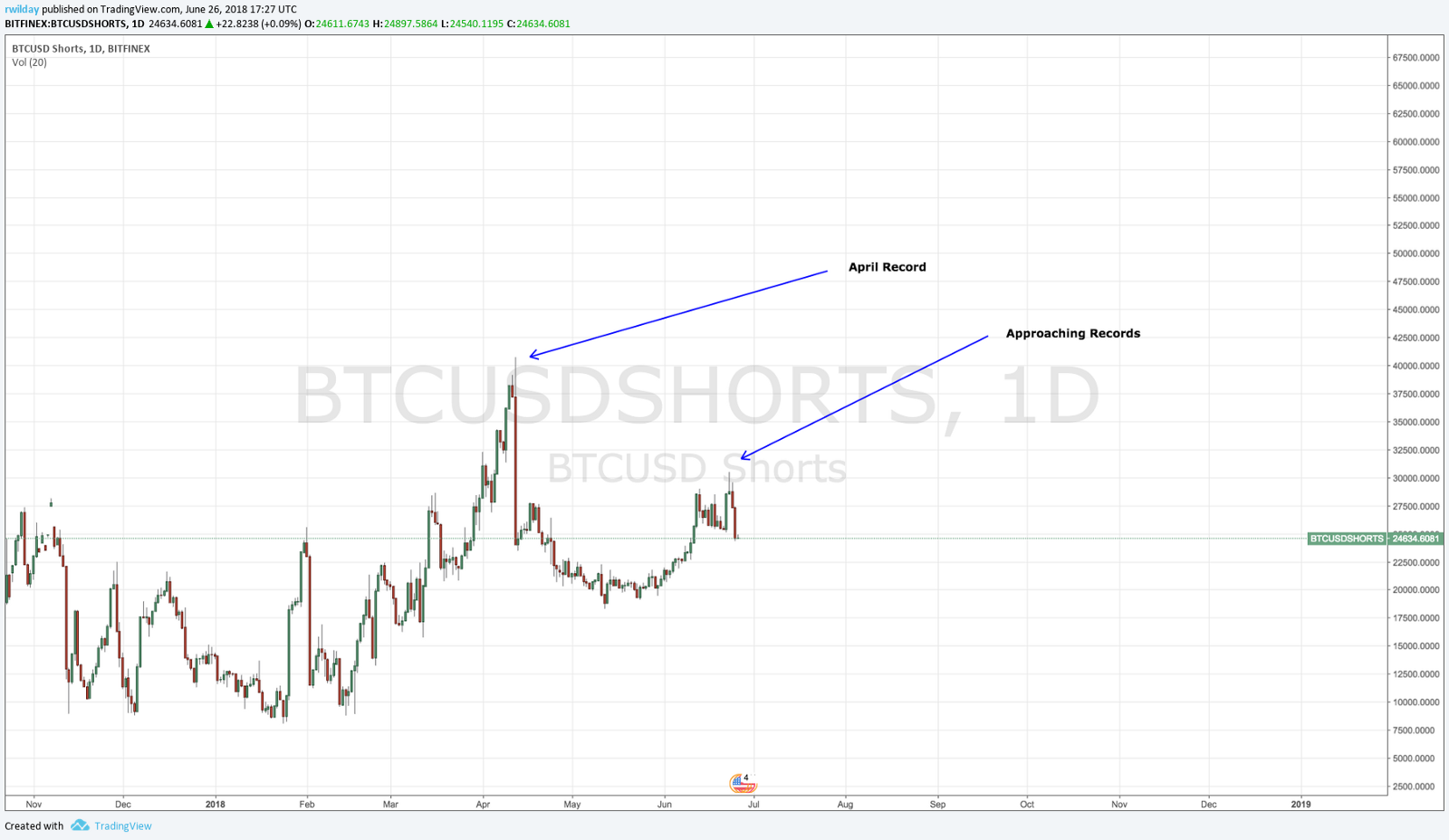 In conclusion, I view this as yet another inflection. Will ether take a different direction than bitcoin?

Will the decline in both continue?

Or, will the tentative nature of this decline, truly bring capitulation?