Pensions Have a Problem

For many U.S. citizens, the last 10 years have been amazingly prosperous. If you own paper assets, you’ve crushed it as U.S. equities have had one of the best-performing decades in their history (bonds have done just fine too). But outside of an equity market with a swelling market cap and a higher net worth for those folks fortunate enough to be along for the ride, the last 10 years have also left aspects of our economy and our population in the worst shape ever.

Based on data from Boston College’s Center for Retirement Research, liabilities of major U.S. public pensions have increased 64% since 2007, versus just a 30% rise in the asset side of their balance sheet. Unfunded liabilities of the U.S.’s largest pension funds are growing despite unprecedented monetary policy fueling one of the best bull markets we’ve ever seen!

This gap problem began when state and local retirement systems saw their pension funds get the woodshed treatment during 2008 and 2009, losing an average of 28%. These guys couldn’t focus on growing their assets until they had made back the losses they sustained. Remember, the downside of compounding is that if your portfolio is down 28%, you’ve got to earn 39% just to get back to even. And because of investment policy restrictions on asset allocation for pensions, this takes years to accomplish.

Keep in mind that as these pension funds are attempting to claw their way back to breakeven, they are continuing to pay out benefits each year, which only further erodes their asset base. Some states — New York, Wisconsin, Tennessee and South Dakota — have managed to keep their assets relatively in line with liabilities, but they’ve done so primarily by cutting the benefits paid to participants.

The other issue exacerbating the gap problem is U.S. demographics as more baby boomers reach retirement. Maine’s pension has the same number of active workers today as it did in 2008, but the number of retirees drawing benefits has increased by 32% over the period. Last year, Maine’s pension paid $982 million in benefits, but only took in $394 million through contributions from active workers. This $600 million gap for a single year is why Maine is currently facing a gap of $2.9 billion between the benefits to be paid and the assets to cover those benefits.

Maine is just one example of what’s happening across the country at both the state and local level. I don’t have a solution to the problem, nor do I know exactly how this ends, but it can’t end well. Even if U.S. markets rip higher for another decade (not likely), it won’t be enough to offset the demographic impact widening the gap between the assets and benefits to be paid. Something has to give here, but I’ll bet you dollars to donuts that politics, unions and plan participants will force us to see the worst-case scenario play out before a change is catalyzed.

Please click here and sign up if you’d like to receive April 1 edition of Gravitational Edge, which contains an update for all five macro themes as well as full breakdown for all 14 markets we believe are providing the best opportunities right now, bullish and bearish. By signing up, you will also receive the latest edition our research reports as well as to participate in a four-week free trial of our research offering, which consists of three weekly reports: Gravitational Edge, The 358 and The Weekender. 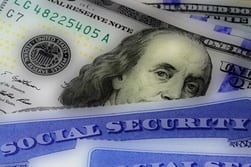 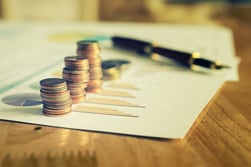 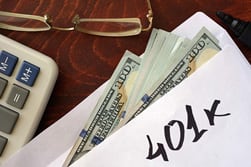 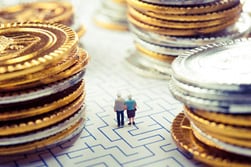