There is a divergence between the commercial traders and speculators in the gold market, Andy Waldock expects the commercials to be right.

The commercial trader group of the Commitments of Traders (COT) report is made up of the people and companies that produce or, process a given commodity. Their actions in the commodity markets are based upon the execution of their business plan. We follow the commercial traders’ steps because the combined needs of a commodity’s industry represent the fundamental supply and demand within that market as described by the COT report. This week, we’ll highlight the gold market and touch on the broader topic of market consensus.

Gold miners set another record net short position last week. Gold miners don’t believe prices will be this high in the cash market when the December futures contract is due for delivery. We’ll side with the commercials on the short side, especially on a breach of $1,380.

On the flip side, speculators have yet to breach their net long record set in July of 2016. As a point of reference, speculative gold buyers from the 2016 run just began to show a profit in August of 2019. Our trading horizon is much shorter.

One bit of caution with gold; Sometimes it does not act like a typical commodity because it is often also viewed as a currency and store of value—that is not the case with Corn, soybeans, copper or sugar. It is quite unique in this way and has a broader group of speculators than an ordinary commodity.

Shifting to broad market consensus, we see commercial traders have also been sellers in platinum, and silver. Platinum is actually signaling a short reversal (see chart below).

Furthermore, they were net buyers across the interest rate spectrum. Their recent behavior shows them split between parallel shifts lower in the yield curve versus some type of inversion. Finally, add in the U.S. dollar’s continued strength, and it creates a larger picture of deflation, rather than inflation. 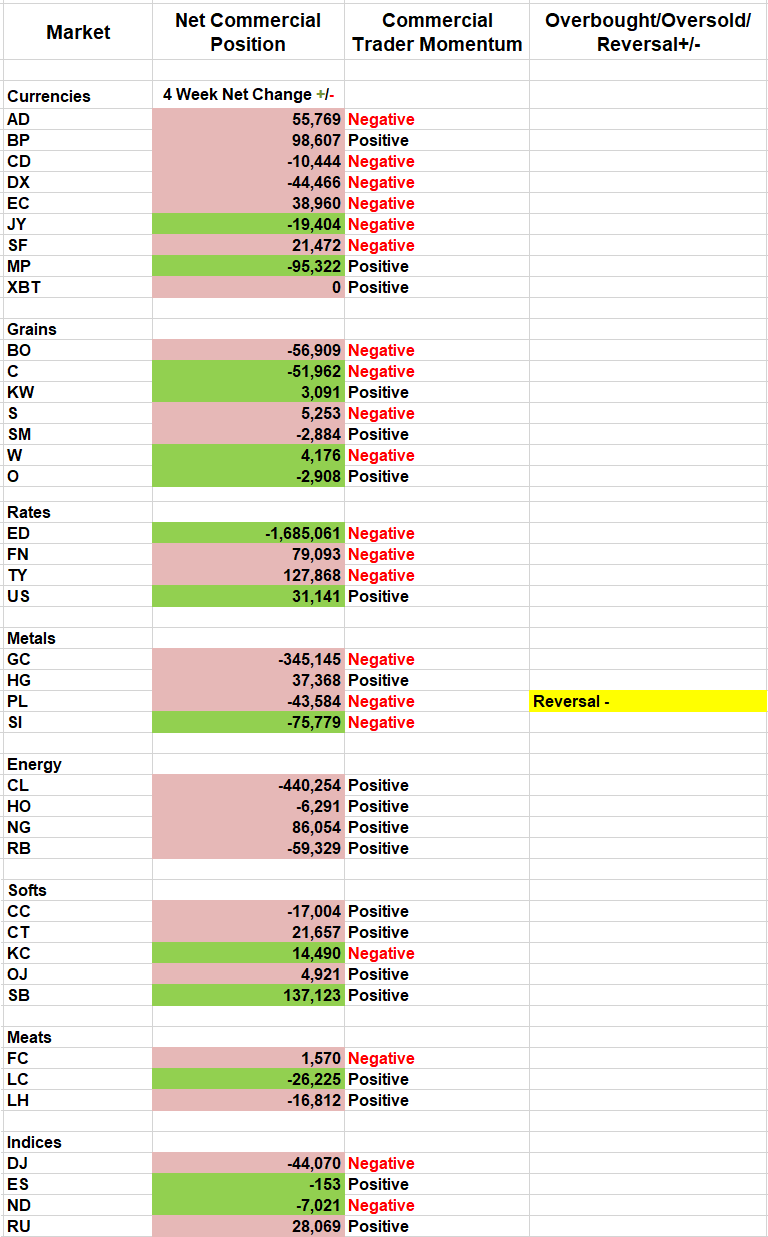 Finally, soybean farmers continue to sell their forward crops ahead of the Chinese trade talks kicking off this coming week and the U.S. Department of Agriculture report due on Oct. 10. We’re watching this position closely as we’re currently short. We are not only looking for a place to take profits on our short position, but also to take a new long position due to a strong seasonal tendency to reverse higher ahead of the coming USDA report.

OPEC + has engineered a successful strategy with their production cuts, reports Phil Flynn....