As the tech industry grows with massive digital transformation, cloud and edge computing have increased the demand for Cybersecurity companies. Cybersecurity is a science of keeping digital data through restricting access, firewalls, network and storage safety and user authentication methods.

Some of the top cybersecurity companies are Palo Alto Net (PANW), Fortinet Inc. (FTNT), Okta Inc. (OKTA), CrowdStrike (CRWD), Cyberark Software Ltd. (CYBR). Here is a list of Cyber Security stocks and their performances in 2018 and 2019. 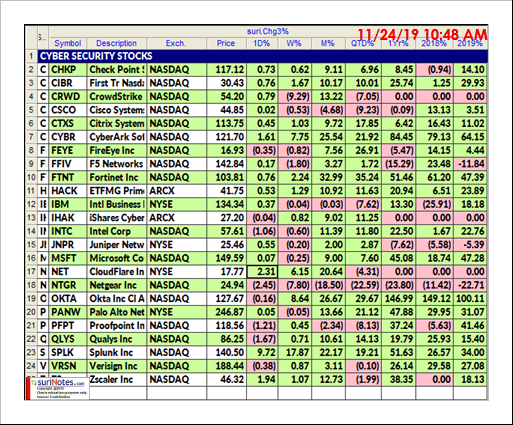 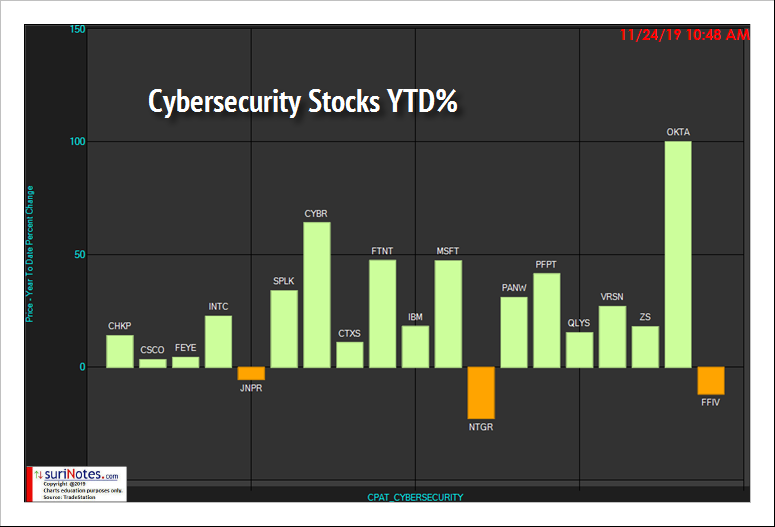 The Cup and Handle Chart pattern was developed and popularized by William J. O’Neil in the 1980s through his CANSLIM methodology, Investor’s Business Daily newspaper and his book "How to Make Money in Stocks."

Cup and Handle pattern structure show the momentum pause after reaching a new high in a U-Shape form, followed by another attempt to breakout. When this breakout from the rim of the cup fails it starts to fall back to build the "Handle" structure. Usually, the handle structures are small, and the handle depth should not exceed more than 50% of cup depth. This handle part of the pattern generates interest in buyers as they expect the pattern to breakout from these levels. The pattern is valid only if price convincingly breaks out with increased volume above the rim of the cup level. 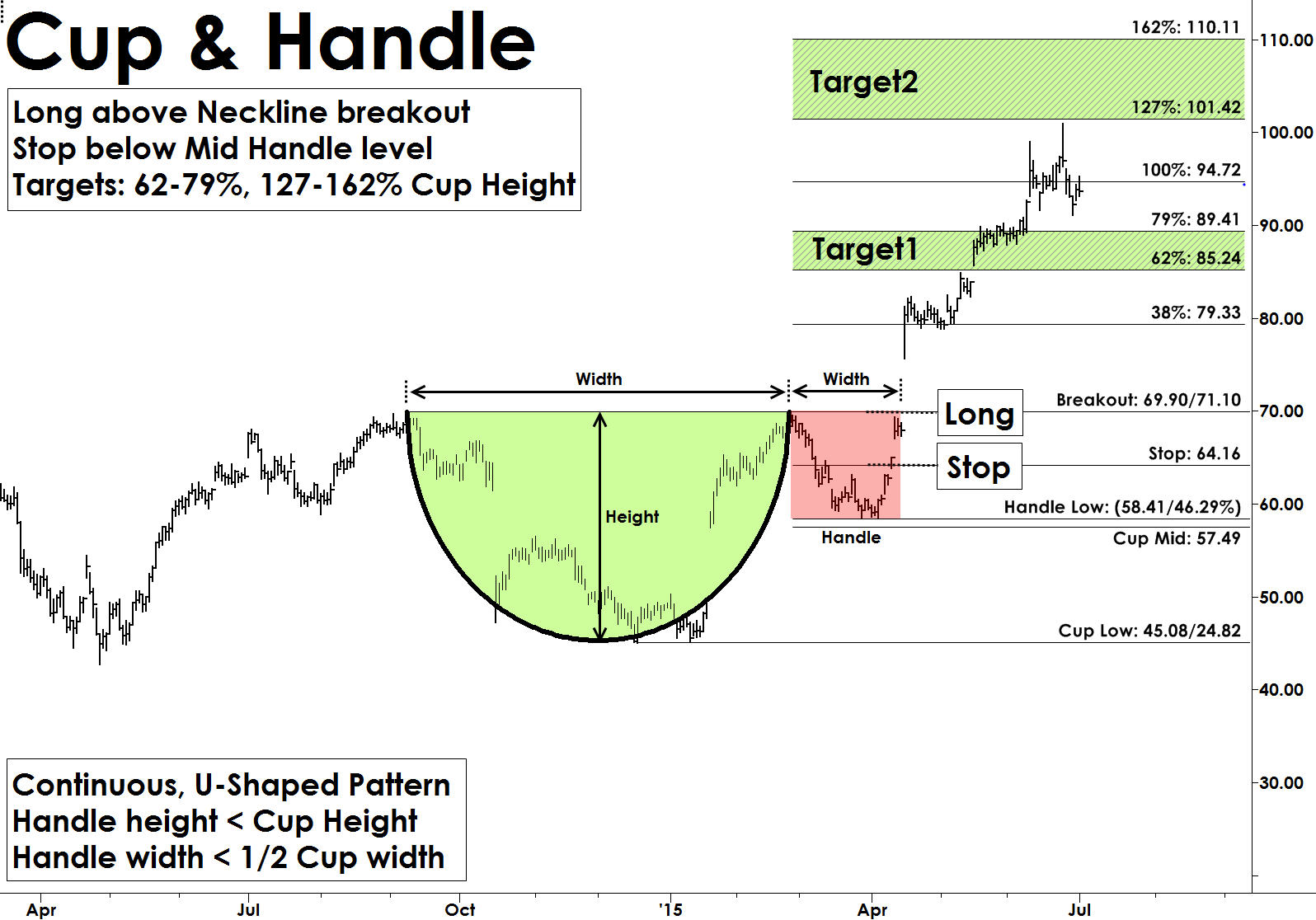 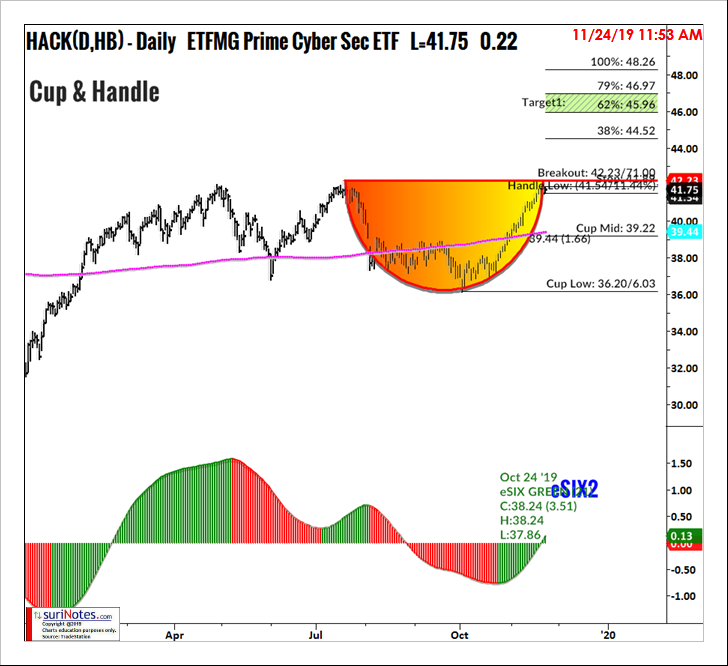 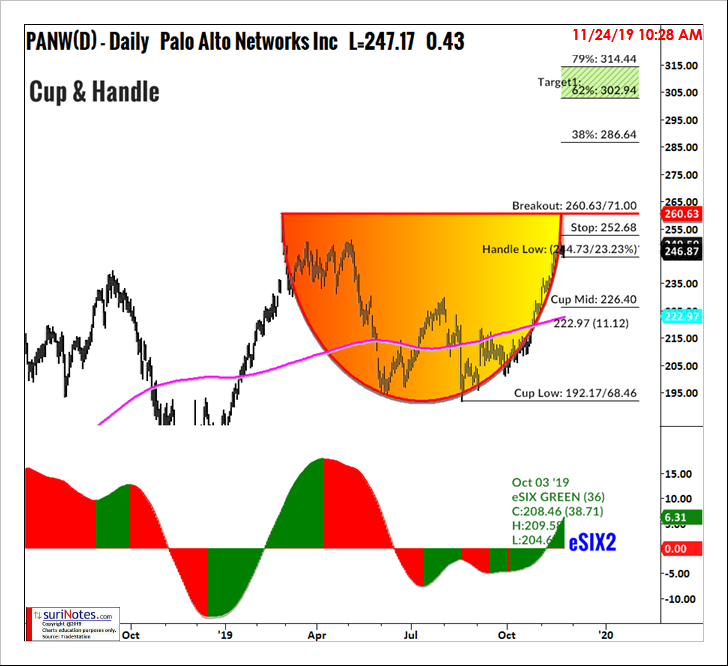 The First Trust Nasdaq Cybersecurity ETF (CIBR) is also trading in Cup & Handle pattern near its breakout level ($30.78). A handle formation is required for a successful C&H breakout trade. After its breakout, CIBR targets are set $33 and $34.62. 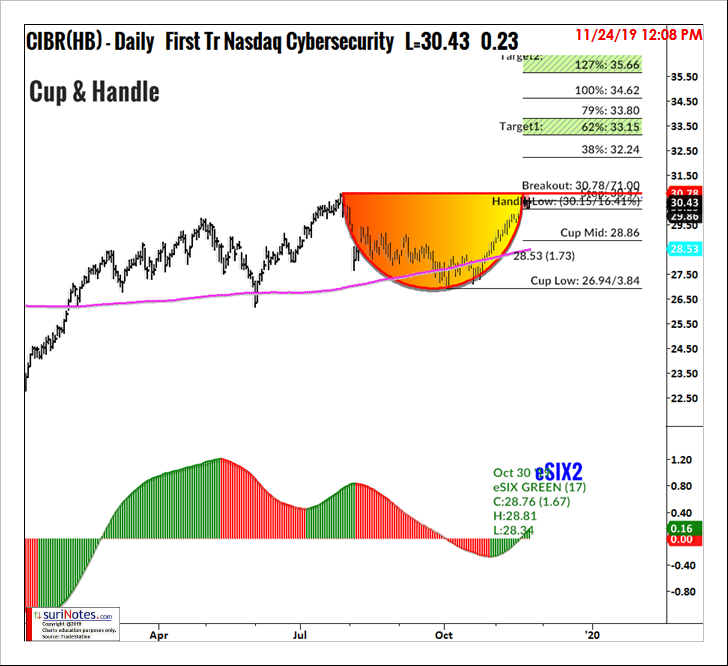