Gold futures are sitting on some interesting chart patterns that appear ready to breakout of, reports Suri Duddella.

Gold Futures represent the benchmark futures contract for gold prices. Gold futures are hedging tools for commercial producers and gold users. Gold futures are widely viewed as a safe-haven asset in times of uncertainty and primarily used for portfolio diversification or alternative to investing in gold bullion/coins or gold mining stocks. Gold futures do offer great liquidity/options trading and are very responsive to world events/market conditions. Here are some recent and evolving chart patterns and trends.

Symmetric triangles can be characterized as areas of indecision. Market price-action pauses during these indecision periods as the forces of supply and demand nearly become equal. Volume tends to be diminished during this consolidation phase. Eventually, a resolve (breakout or breakdown) from the upper or lower trend lines will result and prices will explode out the Symmetric triangle.

Usually, Symmetric triangles break in the direction of its prior trend, hence signifying its 'Continuation Patterns' status. Please note that there are many cases where Symmetric triangles result in a reversal pattern also after its initial breakout in the opposite direction, giving the trader the opportunity to trade the failure side of the pattern. 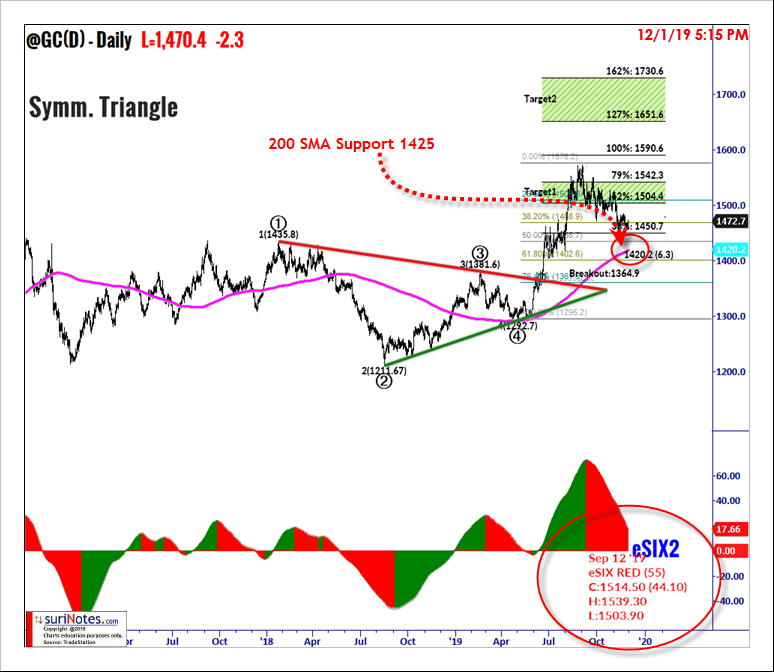 Bullish flag formations are formed in strong uptrends. Bullish flags resemble a flag on a pole with a downward slope. Once the price completes the pattern and breaks out of its consolidation range, Bullish flags result in a powerful move higher, measuring the length of the flagpole. 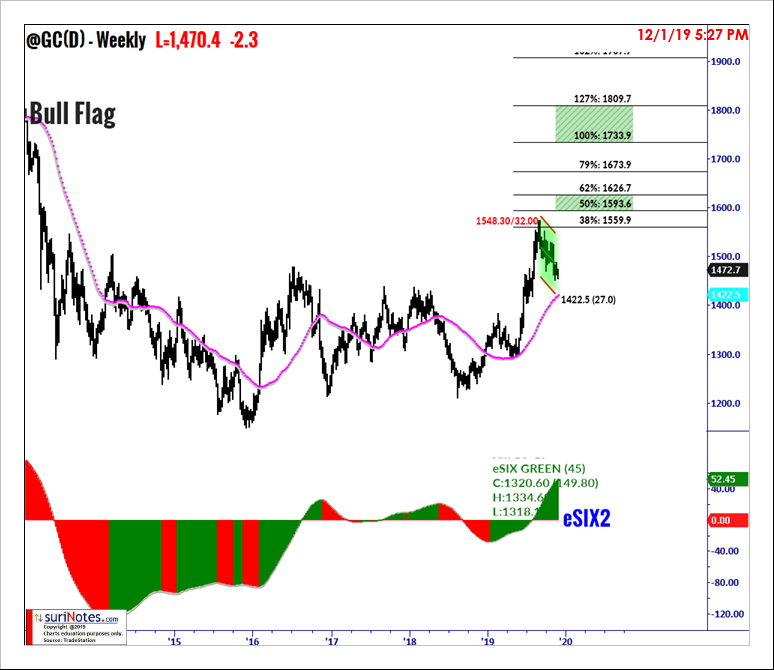