Stocks Find Support, But Keep an Eye on the Fed

While stocks continue to perform, there are risk out there, particularly if the Fed drains abandons its repo operations, notes Joe Duarte.

Investors went on a wild and woolly roller coaster ride last week as tensions between the United States and Iran rose to a fever pitch before calming down by week’s end. Nevertheless, the odds of more drama in and out of Washington seem to be on the rise, as the impeachment trial looms, which means that the likelihood of more market volatility is almost certain.

Meanwhile away from the news cycle and the volatility of the overnight futures markets, the Markets-Economy-Life Ecosystem (MEL) is crafting its own story. Moreover, the story is one of regional patchiness with steady at best forward motion. This type of slow and steady activity was exemplified by the less robust than expected nonfarm payroll number released on Friday along with other recent economic data. The bottom line is that for now slow and steady may be the best that anyone can expect. And whether that’s enough to keep the market moving higher remains to be seen.

Perhaps the most dangerous external influence on the markets is whether the Federal Reserve begins to drain the liquidity from its Q4 2018 Repo market rescue operations, especially as corporate buybacks slow during earnings season. If the Fed makes a bad decision, especially in an aggressive manner, things won’t go well for stock investors.

I’ve focused on the housing sector over the last 12 months given its bellwether status on the state of the U.S. economy. Moreover, as I’ve stated in past articles, there is a massive demographic shift in the United States at the moment that is driving demand for new houses. This is due to millennials reaching the family formation stage of their lives, aging empty nester baby boomers moving from Mc Mansions, as well as the migration from high tax states to low tax states with stronger economies.

Certainly, the U.S. economy has slowed of late, for whatever reason – trade wars, Washington politics or just the fact that the “recovery” and the bull market in stocks are over a decade old. But even so, not all areas of the economy are slowing simultaneously. 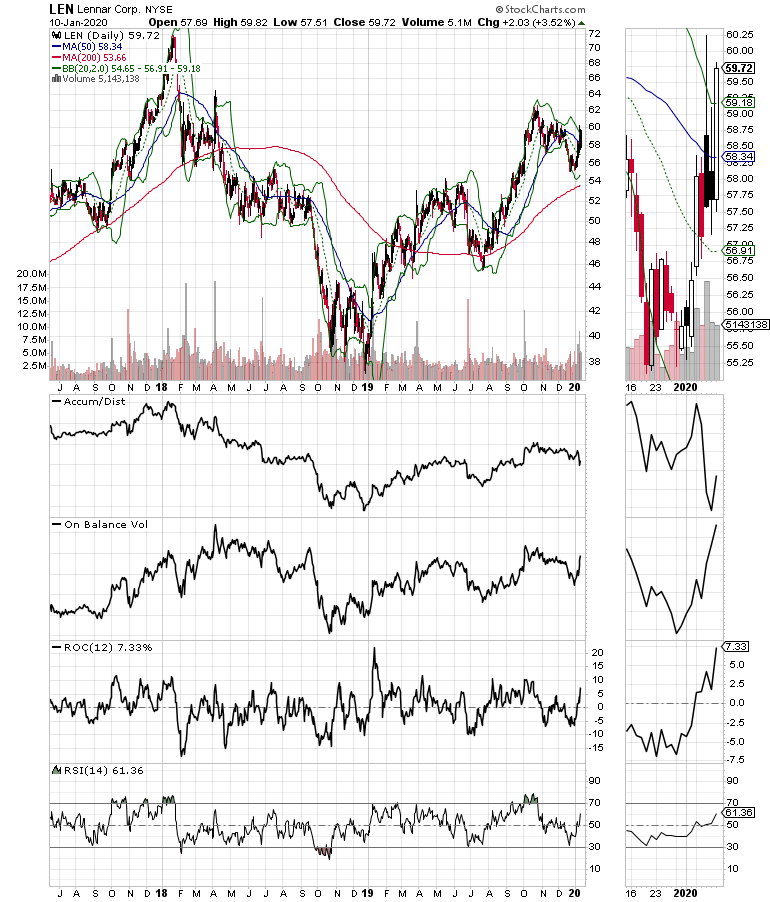 The former beat expectations on both earnings and revenues while the latter (chart below) missed on its revenues, but not its earnings or its outlook. Moreover, where both companies agreed is in their future guidance as bookings for new homes have increased, while the average sales price is slightly below last year’s and promotions have returned in order to boost sales. 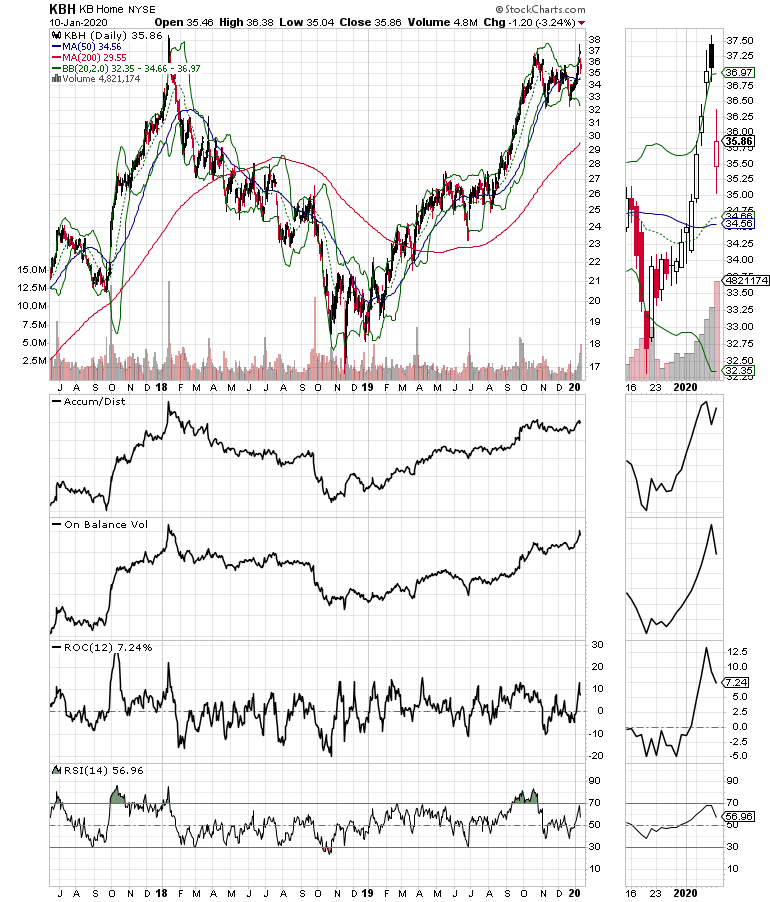 Still, inside Lennar’s earnings call there were a few nuggets worth noting which are telling of the current economy’s resilience:

So, the issue for KBH’s revenue miss may be due to its own set of problems, especially geography. Indeed, KBH’s revenue miss resulted from their inability to meet their delivery goals in the Bay area of California due to that region’s power blackouts and fires preventing the company from installing key infrastructure such as plumbing in homes which were being built.

Of course, this may have been a one-time event or not. Over time, it’s plausible to consider that these types of events may repeat. After all, California has fires every year. And the power generation issues that plagued the state are far from being resolved. Furthermore, migration from California to lower tax states is likely to continue and may also begin to take its toll on the company’s top and bottom line on a more regular basis unless they make some important decisions about their business involvement in the state.

Nevertheless, KBH improved its margins, a rise in its orders and its backlog while cutting its leverage and debt significantly strengthening their balance sheet. Furthermore, KBH remains bullish about its future due to supply not being able to meet housing demand, which may make the recent dip in the stock worth considering as an entry point.

Interestingly, the U.S. Ten Year note yield (TNX), after swooning in response to the U.S.-Iran situation remains in a trading range, well under the 1.9% to 2% caution zone. Indeed, if bond yields remain subdued it may be the one factor what prolongs the good times for the homebuilders. 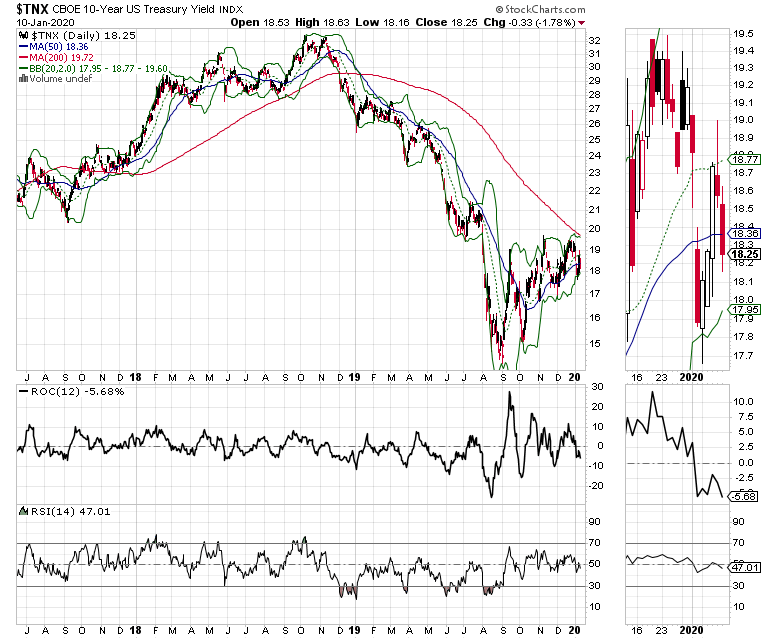 The stock market didn’t crash last week, which is a big positive. However, the NYSE Advance Decline line looks a bit tired. Thus, we could see some sideways action or even a small pullback in stocks over the next few days, although every recent dip has been aggressively bought by traders who missed the December rally. 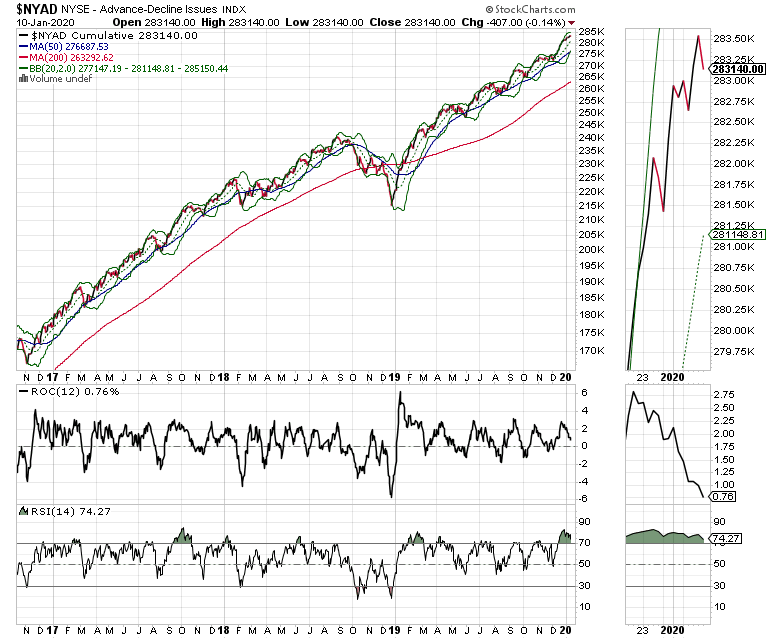 Specifically, the Relative Strength Index (RSI) for NYAD has been above 70 for the past couple of weeks (see above). Previously, as the chart shows, forays of the indicator into this area since the 2016 presidential election have preceded some type of rolling over in the stock market. The good news is that if NYAD can stay above its 50-day moving average, the odds of a resumption of the rally will be well above average. 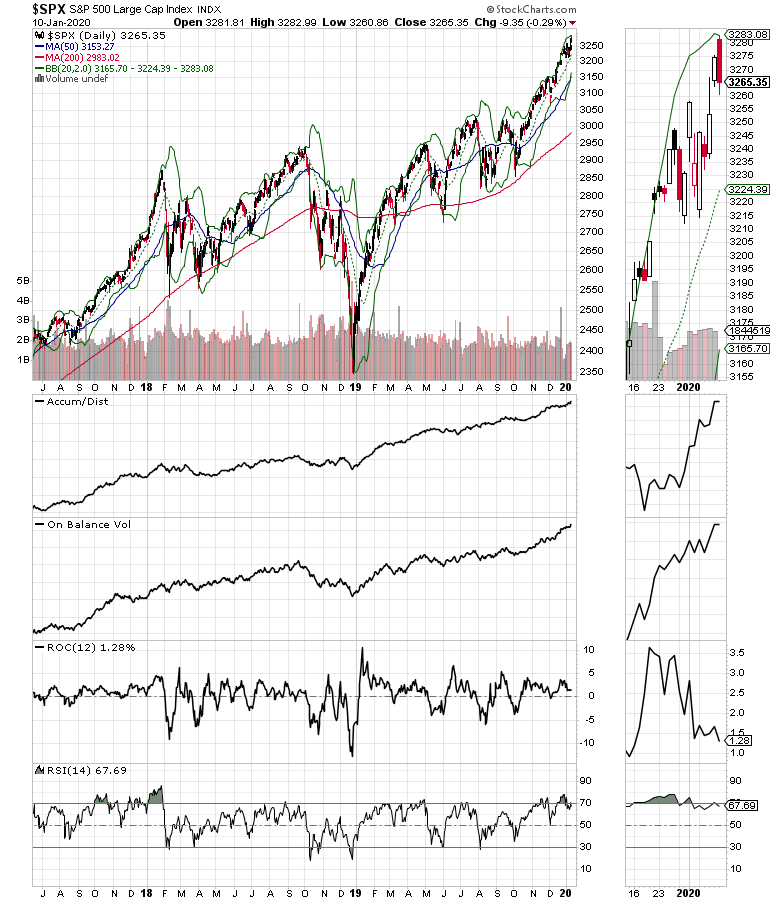 The S&P 500 (SPX) made a new intraweek high along with the Nasdaq 100 (NDX) index confirming the intraday high by NYAD. So, for now, as we’ve noted repeatedly over the last six weeks, the bulls still get the benefit of the doubt, more over the intermediate term than the short term. 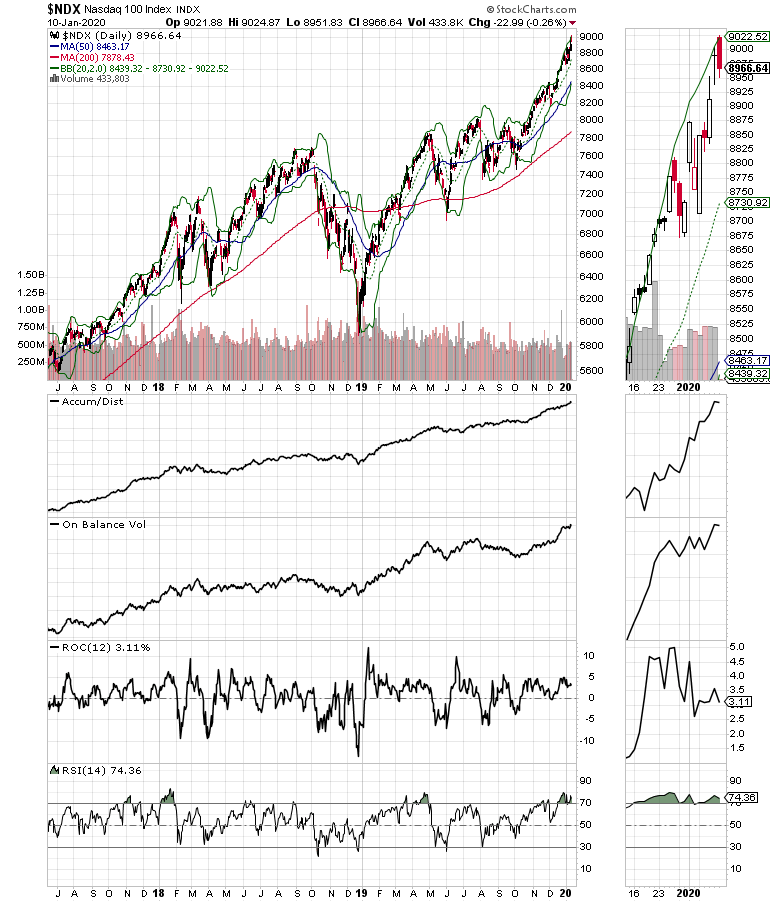 If the Fed Stays Calm Expect a Steady Economy

So, where does the current status of MEL leave us on the stock market? Certainly, the politics — both domestic and international — will have a greater effect on the daily price swings in all markets. Furthermore, with 80% of the trading being done by machines and a major portion of the buying coming from corporate buybacks, it’s foolish to be outrageously bullish, but equally dangerous to turn outright bearish, which means that for now, we continue to stay the course and stick with what’s working.

Finally, two things are clear. First, given the ongoing intraday swings in the market, investors who watch stocks closely on an intraday basis may make buying and selling decisions which by the end of the day may lead to heartburn, which means that stock picking and patience will be in high demand in 2020. Second, and even more important, keep an eye on what the Fed does regarding the Repo market liquidity it infused during Q4 2019. A sudden hiccup in the credit markets, especially if corporate buybacks slow will likely have very negative repercussions for stocks.

I own shares of KBH as of this writing.