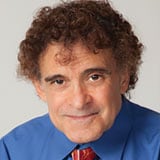 Since 1987 I have been tracking small trader market sentiment daily, correlating its readings in various ways to determine whether small-trader sentiment can be used as an indicator for trading, timing, and possibly predicting market moves, says Jake Bernstein.

The massive amount of data that I have collected since then has led me to conclude that a number of important relationships exist between price and small-trader sentiment, which can be very valuable whether trading for the short-term, intermediate-term, or long-term.

After sharing with you some of the conclusions I have reached about my market-sentiment survey (called the Daily Sentiment Index – DSI) I will show you some charts about the various ways in which the DSI can be used. In examining my conclusions, remember that the daily sentiment index is not based on a mathematical manipulation of prices as is the case in most market indicators. Rather the DSI comes through the filter of the human brain and is therefore highly likely to reflect the trader’s assessment of markets. This is a very important distinction that must not be forgotten. I say this because well over 90% of all market indicators are derived directly from the manipulation of price or other market generated information.

My conclusions about small-trader sentiment:

Here are a few charts, along with my comments, to support some of the statements above. I will be adding more granularity to this topic, as well as illustrations in the next part of this series.

Weekly stock index futures versus extreme highs and lows in daily sentiment weekly readings. Note the tendency of small-trader sentiment to be a leading indicator of tops and bottoms.