Through the market rally in August and the early part of September when stocks began their correction, high-yield bonds were steady, states Marvin Appell of Signalert Asset Management.

For example, the chart below shows that the SPDR Junk Bond ETF (JNK) stayed slightly above its 200-day moving average. 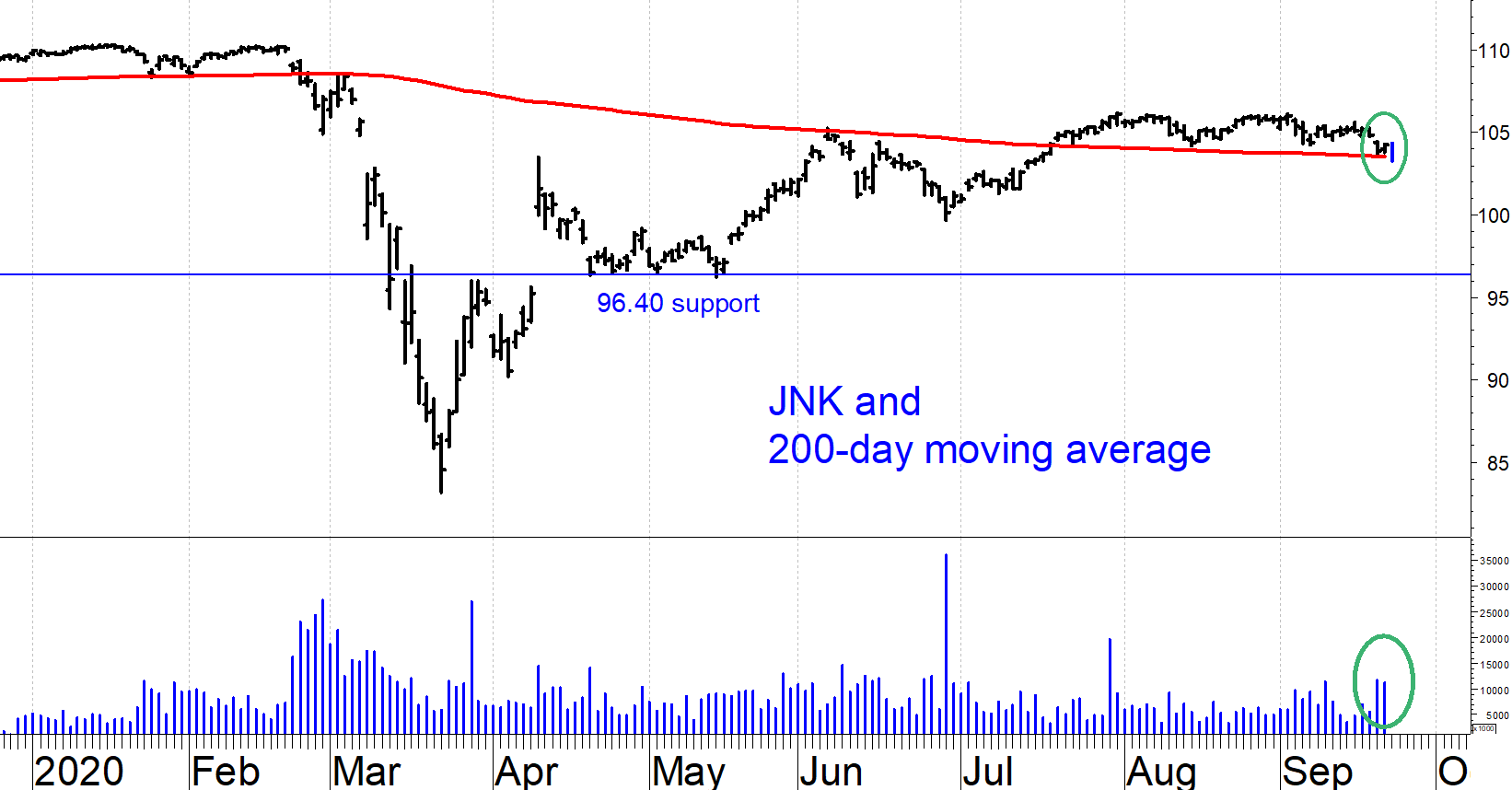 However, this week’s stock market decline is dragging high-yield bonds down with it. The JNK chart on above shows that on Sept. 21 and 22, JNK tried to hold above its 200-day moving average, supported by a spike in volume. However, on Sept. 23 JNK broke below that average in its largest retracement since June. Reflecting this price decline, the spread between the yields on junk bonds and Treasuries has widened from the Sept. 2 low of 4.93% to 5.45% on Sept. 22, its highest since July. I expect that our corporate high-yield bond timing models will generate sell signals within the next several days. Interestingly, floating-rate bond funds have been holding up better than corporate high-yield bond funds. Nonetheless, I expect these funds too to generate sell signals within the next two weeks.

The bond market is giving one additional sign of waning confidence in the economy. From April through August there has been a steady increase in the level of inflation that the Treasury market is expecting. The evidence is in the greater relative strength in Treasury Inflation Protected Securities compared to nominal Treasuries, as represented by a rising trend in the ratio of prices of two ETFs: TIP/IEF. (See chart below.) However, in September the trend of rising inflation expectations has been broken. (See the September action in the TIP/IEF ratio, circled in green in the chart below.) 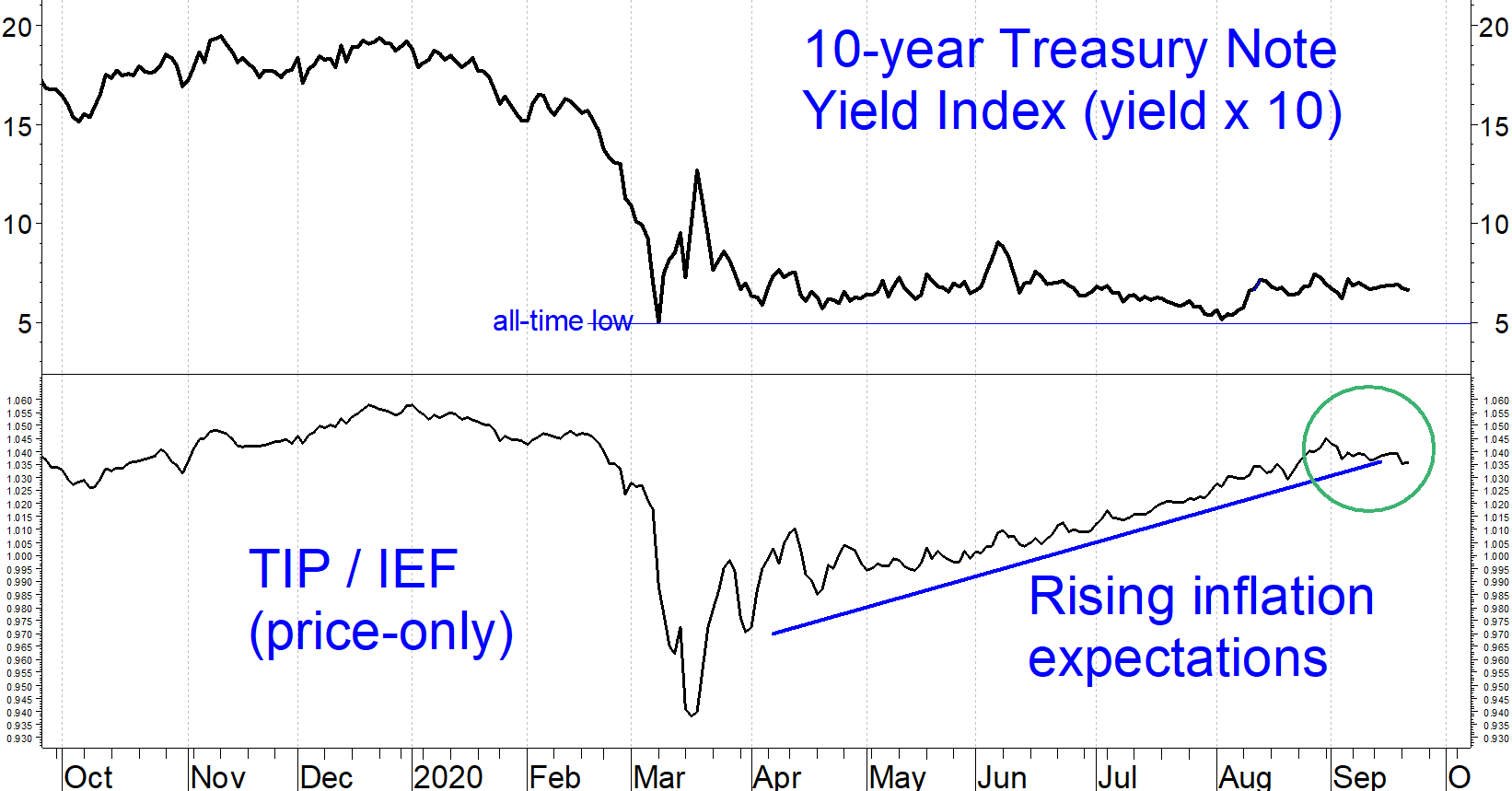 Gold, which had a strong rally in July, has turned back down. This confirms the decline in inflation expectations displayed by the Treasury market. 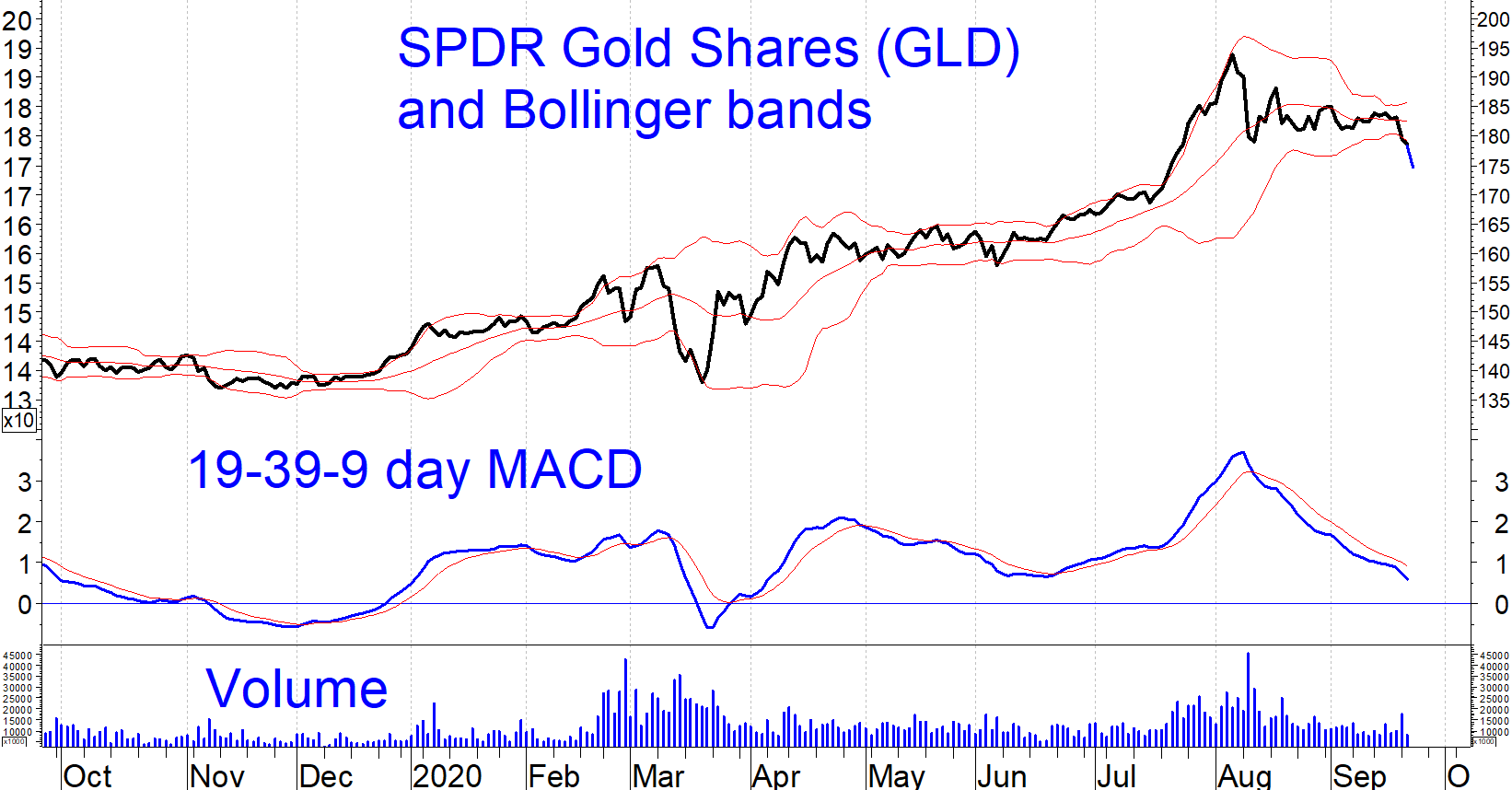 It appears that the bond market is adjusting its economic expectations downward as evidenced by both Treasury and corporate high-yield bonds and confirmed by gold. Maybe that is because disunity in Washington makes another round of fiscal stimulus less likely than the market previously expected. Or maybe it is because market participants had not accounted for the surge in Covid-19 that is now occurring in Europe and expectations of a big jump in infections in the US during November-December.

It should be noted that economic indicators themselves (such as New York Fed’s Weekly Economic Index) are holding steady so far. Let’s hope that the bond market is wrong on this one.