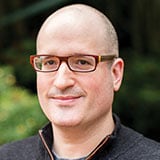 In all the furor over gold, investors are overlooking a great opportunity to get in on platinum group metals, a group that are in greater demand and usually come at a higher premium than the Midas metal, writes Ari Charney of Investing Daily.

When it comes to precious metals, gold bullion and gold mining stocks garner all the attention.

Although gold has been the preferred means of exchange for millennia, there are other precious metals, such as silver and the platinum group metals (PGMs), that are not just theoretical stores of monetary value but also have actual industrial application.

These metals not only benefit from the same investor psychology driving gold’s ascent, but their gains will also be spurred by global economic growth. And the loose monetary policy of the world’s central banks should continue to be a boon for precious metals.

According to the Silver Institute, 46.1% of world silver supply in 2010 was used in industrial applications. Silver’s unique properties, such as its thermal and electrical conductivity and catalytic ability, make it difficult for manufacturers to substitute a cheaper metal in its stead.

Barring an unforeseen shock to the global economy, industrial consumption of silver is expected to grow by at least 4.6% annually through 2015. The presidential election year, silver’s strong start to the year, and its relative valuation to oil must all also be considered, however.

PGMs have unique properties—including their catalytic ability, durability and high melting point—that make them indispensable for everything from nylon production to catalytic converters. According to Platinum Today, 96.6% of 2011 supply (excluding recycling) of platinum, palladium, and rhodium went toward autocatalyst and industrial applications.

Without recycling efforts, palladium demand would have exceeded supply by 19.8%. Additionally, an average of 13.6% of global palladium supply over the past seven years has resulted from Russia’s liquidation of stockpiles built up during a Soviet-era production glut—and those sales are expected to dwindle after 2013. Once that occurs, demand for palladium will likely outpace supply.

Silver Wheaton (SLW) is a metals-streaming company that purchases the silver byproducts of miners’ core production of gold and base metals. The company structures its contracts so that in exchange for an upfront payment, it has the right to purchase some or all of a mine’s silver production.

Silver Wheaton avoids the capital-intensive operation of mines, and is able to obtain its silver at a low average cost of around $4 per ounce. In fact, the company’s minimal overhead allowed it to boast an 85.2% operating margin over the trailing year.

Even better, the company produced five-year annualized earnings growth of 62.9%. Management forecasts its annual silver production to rise from roughly 26 million ounces in 2011 to 43 million ounces by 2015.

Silver has been particularly volatile over the past year, rising to almost $50 an ounce, and then falling by nearly half before resuming its ascent. Because Silver Wheaton is essentially an unhedged play on the white metal, the market often treats the stock as a proxy for silver. As such, investors should wait for shares of Silver Wheaton to fall toward $30 before building a position in the stock.

PGM miners primarily operate in politically risky countries such as Russia and South Africa. So rather than incur the risk of selecting one or two mining stocks, it makes more sense to purchase the basket of PGM plays held by First Trust ISE Global Platinum (PLTM).

The ETF’s 23 holdings span all market capitalizations, with the largest concentration in the mid-cap range. The fund is also geographically diversified, though companies domiciled in South Africa still constitute a substantial 40.4% of holdings.

The ETF currently trades at a 1.62% premium to its net asset value, so investors should wait until this premium disappears rather than overpay for assets.