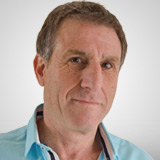 A key reason for buying this Canadian energy stock — our Top Pick for speculative investors — was the management, asserts Benj Gallander, contrarian advisor and editor of Contra the Heard.

This experienced team appeared to have what it takes to lead acquiring Penn West Petroleum (PWE) through a crisis. And the group has taken bold steps to deleverage the company, selling assets while cutting expenses and eliminating the dividend.

Tough decisions have been the order of the day. At the end of 2015, debt stood at $2.1 billion. It’s now down to $576 million, which lets the company to say “buh-bye” to the unsightly auditors’ “going concern” tag. All of the positives caught the eyes of a flurry of investors and the share price popped.

In November, PWT paid off another $448 million at par and on a pro rata basis. The cash was available thanks to the sale of assets in Saskatchewan, and management is prepared to use it in what we debt-averse guys believe is a positive manner.  Wow! Talk about a revamped enterprise!

The organization now has a new CEO, David French, who recently found himself “gainfully unemployed” after selling Bankers Petroleum to a Chinese enterprise at a significant premium. Prior to his tenure at Bankers, French worked his way up the ladder at Apache (APA).

While the former CEO masterfully sailing this debt-laden ship through an incredible storm, we are happy to see that his replacement is someone with heaps of oil and gas experience.

If all goes according to plan, cash flow will be positive and plentiful enough to cover the expenditures.

Given the dramatically reduced risk and the potential for reasonable — albeit very measured — growth, the stock, which we had as a "Hold" is being returned to the Buy side of the ledger.