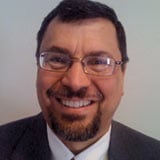 Twitter (TWTR) fell sharply since reporting earnings; a couple of weeks ago it had been trading over $20 a share, and now it is less than $16, notes Fred Fuld, editor of Stocker Blog.

The company reported negative earnings, as usual, so why is it a screaming buy? Let’s start off with the company’s biggest asset, President Donald Trump.

Yes, Trump provides an advantage to Twitter that no other company has. He tweets almost every single day, and on many days, he tweets multiple times a day. No other president, or for that matter, no other head of state, has ever tweeted so much in the history of mankind.

Trump doesn’t use any of the other social media platforms, he doesn’t even send out mass emails. He uses Twitter.

So, the President of the United States is providing free advertising for the company. One of these days, someone is going to figure out how to monetize this unique feature.

But what about earnings? Yes, Twitter hasn’t been generating a profit. But look at Facebook (FB). The company lost $56 million back in 2008, and finally turned it around in 2009 with net income of $229 million.

Here’s the thing about earnings. When you have income, you have to pay taxes. Once that money is paid out to the IRS, it is dead money; it is money that doesn’t benefit the company.

However, applying excess cash flow to tax deductible expenditures, such as more employees, buildings, equipment, machinery, research and development, marketing, and advertising, will benefit the company. These expenses help the company grow and keep taxes low.

As long as revenues keep increasing, it pays off in the end, as it did for Facebook, LinkedIn, and Amazon. This is not a stock recommendation; I never give investment advice. This is just a suggestion for your own research.

But one of these days, Twitter will turn around. The bird will fly. It’s just a matter of who, what, and when.
Disclosure: The author owns TWTR and AMZN.