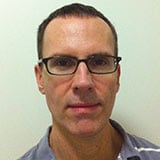 There have been some interesting dynamics at play across the security sector so far in the Q3 earnings season. The vendors of next-generation security solutions have been turning in rather impressive quarters, while some of the big legacy players have stumbled a bit, notes Rob DeFrancesco, editor of Tech-Stock Prospector.

With more organizations realizing older technologies, such as firewalls and intrusion detection systems, can’t really keep out the bad guys, demand is shifting to newer offerings provided by more nimble vendors, many of which try to mitigate breach damage from the inside.

As the enterprise shift to the cloud accelerates, organizations are rethinking their overall security strategies and retooling their security budgets. In digital transformations, it’s no longer acceptable for security to be an afterthought. Proactive predictive counter-threat capabilities and automated remediation are the future of security.

A strong third quarter report from Varonis Systems (VRNS) at the start of this month sent the stock surging as much as 23% in one trading session, hitting a new 52-week high. Since we added Varonis to our small-cap portfolio in December 2014 (at $23.84), the shares have advanced 104%.

Varonis specializes in managing and securing unstructured data inside the perimeter. The company’s DatAlert solution looks for insider threats and outsider attacks by analyzing account activity and user behavior against historical benchmarks, searching for deviations from the norm. Any activity that looks out of place is flagged for review, often leading to early breach detection.

In the third quarter, revenue of $53.6 million beat the consensus estimate of $50.6 million, with growth accelerating to 31% from 30% in the second quarter. License revenue rose 30% to $29.4 million, while maintenance & services revenue growth accelerated to 32% from 29% in the June quarter. For the fourth quarter, Varonis sees revenue of $50 million to $50.8 million, above the consensus of $49.7 million.

Qualys (QLYS), a provider of cloud-based vulnerability management solutions, saw third quarter top-line growth accelerate to 17% from 14% in the previous quarter. Revenue of $59.5 million beat the consensus of $58.6 million, with EPS of 31 cents topping the consensus by nine cents.

Thanks in part to an expanded portfolio of products, the average deal size was up 17% year over year, while new customer deal sizes jumped 62%. Gross margin was strong at 80%. Qualys’ Cloud Platform provides on-prem, cloud and endpoint security via always-on sensors that give continuous two-second visibility into an organization’s IT assets.

The sensors (in the form of physical appliances, virtual appliances or lightweight agents) are remotely deployable, centrally managed and self-updating. As of the end of third quarter, the company over the previous 12 months had deployed close to five million Cloud Agents, up 38% sequentially.

For the fourth quarter, Qualys’s revenue guidance range represents growth of 18% to 19%, signaling another quarter of acceleration. For full year 2017, the company now expects to expand the top line by 16%, vs. the consensus growth estimate of 14.9%. Analysts on average had been calling for 2018 revenue growth of 16%, but the latest earnings numbers suggest Qualys could do closer to 19%.

Two other smaller cybersecurity companies to keep an eye on because of their advanced technologies and solid growth prospects — Rapid7 (RPD), a provider of security data analytics software, and Mimecast (MIME), which offers cloud-based email security solutions. Rapid7 is on pace to deliver 2017 top-line growth of 25%, while Mimecast in FY’18 (March) is expected to report growth of nearly 34%. Of the two, only Mimecast is profitable.

Rapid7 is unique in that its security platform combines vulnerability management, user behavior analytics (for incident detection & response) and IT log analytics (infrastructure monitoring and troubleshooting). The company has more than 6,500 customers and nearly a 40% penetration rate into the Fortune 1000.

Mimecast is benefiting from the big trend of corporate email systems migrating to the cloud, as well as the general transition to Office 365. Mimecast has been attracting larger accounts (the customer base totals 27,300) and expanding its deal sizes.