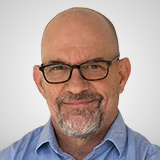 A few years ago, the casino chain MGM Resorts International (MGM) was in a sticky situation. It had expanded very quickly and had a ton of debt on its balance sheet, observes growth and income expert Brit Ryle, editor of The Wealth Advisory.

Meanwhile, the company was a casino operator, not a property manager. So, they decided to spin most of the properties off into a REIT and then rent them back. That REIT is MGM Growth Properties LLC (MGP).

And it’s bringing in some nice (and growing) rent checks for investors. You see, casinos generate a ton of revenue every year. And to rent the space they occupy, they pay hundreds of millions.

And with MGM and MGP so closely connected, you can bet MGP is going to be picking up the rest of the MGM property portfolio as time goes on. It’s already got eyes on The Aria and Vdara in Las Vegas. And Circus Circus should be coming soon.

Then there are three other MGM properties in Vegas that all generate massive amounts of cash —The Bellagio, the MGM Grand, and The Signature. And MGM has a joint venture with AEG at the T-Mobile Arena — also known as the MGM Grand Garden Arena.

But that’s just Las Vegas; MGM currently has two properties in Macau run by its Chinese wing, MGM China Holdings. The MGM Macau is a luxury casino in the heart of Macau’s gambling action. And the MGM Cotai is the crown jewel in the MGM crown.

Plus, MGM has already applied for one of three gaming permits to be issued in Japan. If it’s one of the winners, you can bet there’ll be another multi-billion-dollar luxury resort coming soon.

This company is way undervalued. It pretty much owns the Las Vegas Strip. It’s got two of the premier properties in Macau. It owns some of the most profitable regional casinos in the U.S, and it’s likely to expand into Japan soon.

Plus, it pays a juicy dividend yield, and it’s hiked that payment six times over 11 quarters — four of those coming just last year. But it’s trading at a massive discount to its real value. It’s not even trading at the total value of its physical assets. That’s not going to last.

LGI Homes (LGIH) is one of the nation’s fastest growing homebuilders; the company is engaged i... 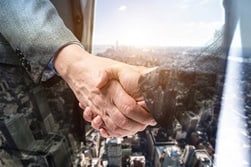