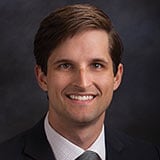 The challenges, according to Tyson, include “margin compression related to a reversal of a gain on mark to market grain derivatives recognized in our third quarter, commodity market volatility, implementation of enhanced food safety initiatives, a beef processing plant fire, and slower than expected operational improvements in the Chicken segment.”

While it didn’t help the stock much, TSN also announced recently that it has invested in New Wave Foods, a startup making a plant-based shrimp substitute, the market for which is expected to be large, as shrimp is one of the most popular seafoods.

“We’re excited about this investment in the fast-growing segment of the plant-based protein market,” said Amy Tu, president of Tyson Ventures. “This continues our focus of identifying and investing in companies with disruptive products and breakthrough technologies related to our core business so we can continue to serve a growing global population.”

“We worked with the Culinary Institute of America to set the gold standard for this product and then created a plant-based shrimp that has had rave reviews from the thousands of people who have tasted it,” said Mary McGovern, CEO of New Wave Foods.

She adds, “Our plant-based shrimp cooks and tastes just like the real thing, and it matches the texture, taste, performance and versatility of shrimp fresh from the ocean. The proof is in the overwhelming, positive response we have had to the product.”

Despite the Q4 stumble, we still like Tyson and the exposure it brings to our broadly diversified portfolios. Meat substitutes are all the rage at the moment, for good reason, and we are pleased that Tyson Foods is actively working to grow that business.

We also believe that in the future, chicken can take share from other protein sources as it offers a relatively better cost and health profile to consumers.

We think that prepared foods and increasing protein consumption around the globe, especially in emerging economies, provide a solid footing for top-line growth. The stock currently trades at 13.9 times next 12-month EPS and offers a 1.7% yield. Our target price for Tyson is now $100.