Nike: A Step up in Performance 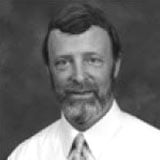 The strong brand and product pipeline at Nike (NKE) have enabled it to raise prices and increase sales of both apparel and footwear; shares have outperformed the market year-to-date, gaining 23% while the S&P 500 has advanced 18, explains John Staszak, analyst with the independent research firm Argus Research.

On September 24, Nike reported fiscal 1Q20 results that topped Street expectations. Revenue of $10.66 billion was up 7.2% from the prior year as reported and 10% on a currency-neutral basis.

E-commerce revenue was impressive in 1Q20, rising 42% from the prior year. We also believe that some retailers seeking to boost weak sales are turning to Nike to increase customer traffic, increasing NKE’s bargaining power as a supplier.

Meanwhile, in response to changing purchasing trends, Nike is beefing up its direct-to-consumer (DTC) channel (company-owned stores and website), particularly its e-commerce business. We expect DTC sales to grow at a high-teens pace over the next two years.

Over the long term, we expect Nike to continue to dominate the athletic apparel and footwear market, and note that it has a particularly strong presence in high-end footwear thanks to its marketing strength and endorsements from famous athletes.

Although the industry remains fiercely competitive, we expect the company to build on its dominant position through its globally recognized brand, innovative products, economies of scale, and rapid growth in emerging markets.

Our financial strength rating for Nike remains High, the top of our five-point scale. Nike has a strong balance sheet, very low debt, and enough cash to cover all current obligations.

In FY20, the company expects high-single-digit revenue growth, gross margin expansion, and SG&A increases in line with sales. We believe the company’s guidance is conservative and likely to be surpassed.

Based on NKE’s strong execution ability and focus on innovation and cost controls, we look for stronger growth in FY20 than in FY19. We are maintaining our FY20 EPS estimate of $2.92, slightly above consensus and implying growth of 17% for the year. We look for continued growth in FY21 and are reaffirming our estimate of $3.40.

From a technical standpoint, the shares are in a bullish pattern of higher highs and higher lows that dates to October 2017. NKE shares are trading at 31.5-times our FY20 EPS estimate, near the top of the five-year historical range of 15-33, and above the average for other apparel and footwear companies.

However, given generally strong economic conditions in the U.S. and continued solid sales in China, we expect the shares to trade toward the high end of their five-year range. Our target price is now $105.

The narrative remains anticipation of a rebound in economic activity in the second half of the year ...

While the coronavirus outbreak is devastating the economy and large components of the retail market,...

Many of the history’s big winners are firms that have a new product or service that’s ch...