An Educated Play in Technical Training 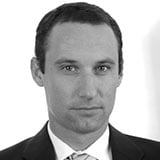 The company has invested in transforming its schools by improving its website, transitioning from large destination campuses to smaller commuter campuses, and offering new programs, including high-demand programs like welding at several campuses.

UTI has shown significant improvement over the last two quarters. It posted better-than-expected EPS of $0.09 in 4Q19 after multiple quarters of losses, followed by EPS of $0.07 in 1Q20.

Moreover, the swing to profitability came during a period of low unemployment and generally solid economic growth — conditions that have historically been challenging for UTI and other trade schools.