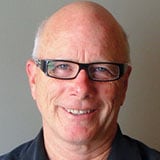 Every few decades or so, industries begin to swap one technology for another, and while it doesn't happen overnight, by the time the shift is over obscure companies have become industry kingpins, explains Glenn Rogers in The Canada Report.

Years ago, when diesel fuel was a lot cheaper than gasoline, major trucking companies and the manufacturers that supply them with vehicles began converting their long-range trucks to operate on diesel.

This was a major shift, but over time diesel powered engines became the dominant platform for companies like Caterpillar (CAT), Cummins (CMI), and Peterbilt Motors. This change eventually went beyond the trucking industry to include locomotives, buses, garbage trucks, and more. Taken together, these large transportation vehicles burn millions of gallons of diesel fuel every year.

But over time, the price spread between diesel fuel and gasoline narrowed to the point where in many areas, diesel is actually more expensive than regular gasoline. So the transportation industry has been looking for new alternatives to cut costs.

Increasingly they have been focusing on natural gas, for the obvious reason that the spread between its cost and the price of diesel fuel is now at a historically wide margin. Plus, with the recent findings of huge reserves of natural gas throughout North America, it’s likely to stay that way. In addition to the price advantage, natural gas is more environmentally friendly, burning 30% cleaner than diesel, and as a result produces fewer particulate pollutants.

Major transportation companies have been waiting for that network to expand, which it is predicted to do at a rapid rate over the next few years. This network idea was validated by an announcement last month that Shell would be building LNG (liquefied natural gas) corridors along major freeways which will make it feasible for long-range truckers to fuel up easily from coast to coast.

If you think there might be some investment opportunities that will take advantage of this migration from diesel to natural gas, you would be right. One of these is a Canadian company located in Vancouver, and it's called Westport Innovations (WPRT).

The Business
Westport was founded by one of the faculty members of the University of British Columbia's mechanical engineering department, Philip Hill, and was incorporated in 1994.

In the years since, Westport has become a global leader in alternative fuel, low-emissions technologies that allow engines to operate on clean-burning fuels such as compressed natural gas (CNG), liquefied natural gas, hydrogen, and biofuels such as landfill gas.

Why We Like It
The company really started to get some traction in 2001 when it formed a partnership with Cummins, one of the world’s premier manufacturers of diesel engines. Since then, it has developed a number of partnerships with major diesel engine manufacturers, most recently with Caterpillar.

The company also has partnerships with Ford (F) and Volvo to produce passenger cars and trucks for the consumer market. Recently, a Ford heavy-duty pickup truck toured the US demonstrating the new technology. Meanwhile, Volvo launched their V70 Bi-Fuel car in Sweden, and plans to expand into other European markets and later into North America.

But clearly, the big opportunity is in the large truck market, since the potential savings are so great. In February at a large trade show, every truck manufacturer in North America was offering a natural gas option—and 100% of those available trucks included some Westport content.

The company has operations worldwide, including Vancouver, California, Detroit, France, Sweden, Italy, China, and Australia. Early this year, Westport announced a partnership with a large Chinese engine manufacturer to supply engines for major transportation companies in that rapidly growing market.

China also possesses large natural gas reserves and so the government there is enthusiastic about supporting the transition to natural gas powered vehicles. The company Westport partnered with, Weichai Power, holds 40% of the heavy-duty truck engine market in China, and sold over 200,000 engines last year, so the upside should be very strong.

It’s possible that with all of Westport’s intellectual property and numerous patents, it could become a takeover target at some point. This is not necessarily a reason to buy the stock, but it’s nice to have out there as a possibility.

Financial Highlights
On August 2, the company reported strong second-quarter results, with revenue up 136% year-over-year. Gross margin percentages were also higher at 38.2%, compared to 33.9% in the prior year period.

The company is still generating losses, since they continue to invest in research and development. But it is getting closer to breakeven: the second-quarter loss was $6.1 million (11 cents per share) compared to $18.1 million (38 cents a share) last year.

Risks
The stock performance had been very good up until the end of March, when Cummins made an announcement that it planned to develop an engine outside the Westport partnership. Westport shares got hammered, dropping from a high of $48.71 on March 20 to as low as $22.67 on May 17.

The company subsequently commented that it didn’t participate because it would have required an additional $40 million investment and said it has no problem with the Cummins decision to develop an engine on their own. The recent Caterpillar announcement pushed the stock back up again, but it is still well below its March high. This looks like a good point to enter.

Cash Flow
None. The stock does not pay any dividends at this stage. This is strictly a growth play.

Summing Up
This is a stock for growth-oriented investors who want to be in on new cutting-edge developments in the transportation sector. Risk is on the high side, but so is the reward potential.

Is Tech the New Income?

2 Stocks on the Breakout Path