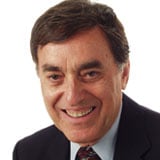 Last year, Harry Domash chose two stocks to outperform in 2019: Automatic Data Processing (ADP), which returned 29% for the year, and Motorola Solutions (MSI), which rose 40%. The income expert and editor of Dividend Detective now turns to two investments "related" to one company.

My common stock pick for this year is Pitney Bowes (PBI), whose share price fell 56% last year, appears to have been left for dead by most players. Maybe that’s understandable. Pitney was founded in 1920 to provide postage meters to businesses, thereby giving them a tool for mailing letters without having to buy stamps. Obviously, postage meters are no longer a growth business, to say the least.

Here’s why I’m highlighting it. In 2016 Pitney embarked on a turnaround program, introducing new products that are relevant to today’s market.

For instance, Pitney’s SendPro application allows parcel shippers to compare UPS, FedEx and USPS shipping rates and schedules, and then schedule shipments with the most appropriate shipper.

Other SendPro features include camera-based address capture, voice activated commands, and ability to connect wirelessly to weighing scales and label printers. Pitney has installed 100,000 SendPro systems since its 2017 introduction. That’s just one example of a variety of new digital commerce products that Pitney has recently introduced.

Pitney has been selling what it considers non-core businesses and using the cash to pay down debt. In 2018 it sold it Document Messaging Technology unit for $270 million and in December 2019 sold its Software Solutions Business for $700 million.

Despite its problems, Pitney Bowes has been consistently profitable and moreover, consistent free cash flow generator. For instance, over the past 12-months, Pitney generated free cash flow totaling $134 million, which is excess cash that it doesn’t need to run its business.

Analysts aren’t expecting much from Pitney Bowes. According to Yahoo, the average analyst rating is 2.6 (weak buy) and most are forecasting little or no EPS or revenue growth.

And such low expectations translate to low-risk. Pitney is unlikely to miss analyst forecasts and a significant beat could send its share price up. However, you may have to wait for its March quarter report to see that happen. It’s paying a 5.0% dividend yield.

My second Top Pick for 2020 is also Pitney Bowes. But instead of the common shares, I’m recommending Pitney Bowes 8.70% Series B Notes (PBI-B), which are a type of preferred stock. The “note” label means that Pitney Bowes remains on the hook for any missed dividends.

Although you trade them like stocks, preferred stocks are more like bonds than common stocks. Investors usually buy them for the steady dividends, typically 4% to 8% yields, not for capital appreciation. However, the preferreds that I’m recommending are an exception.

As is the case for most preferreds, PBI Series B were issued at $25 per share, and set up to pay quarterly dividends totaling $1.675 per year, which equates to an 8.7% dividend yield. In this market, because of their high dividend yields, most preferreds trade up to the $26 to $28 range.

However, because PBI common shares are so out of favor, its preferreds traded down, not up, and recently changed hands at $18.26 per share. Thus, if you do get them for $18.26, their $1.675 per share annual dividend equates to a 9.2% yield. Further, should the preferreds ever trade back up to their $25 issue price, you would enjoy 36% capital appreciation.

These recommendations for both Pitney Bowes common and Pitney Bowes Series B are my personal investing ideas. Do your own due diligence. The more you know about your stocks, the better your results.