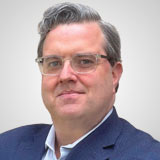 FuelCell Energy (FCEL) — a favorite growth pick for the coming year — has been around for more than 50 years and is one of the pioneers of commercial development of fuel cells, the battery-like generators of hydrogen-based electricity, explains Brendan Coffey, CFTe, editor and analyst of SX Greentech Advisor.

It’s one of about half a dozen public fuel cell makers that have been subject to a love-hate relationship in the market. Recently traders have bid down FCEL shares along with its peers as greentech growth stocks spent the past year blowing off steam.

The coming year is likely to see a new embrace of renewable energy growth shares like FCEL. That’s because hydrogen is a logical format for storing excess renewable energy generation as well as anchoring microgrids and backup power systems for utilities.

FuelCell just completed a 7.4MW project for the Long Island Power Authority and is finishing up a similarly sized power plant for a U.S. Navy sub base, part of the Pentagon’s plans to make bases more resilient under climate change.

The year ahead holds great promise: FuelCell just closed a dispute with a Korean marketing partner, Posco (PKX), that results in $60 million fuel cells orders this year while unleashing FuelCell Energy to market itself in Asia, which it hadn’t been able to do. In Korea alone, the potential is huge: the government wants more than 15GW of fuel cell capacity and 1,200 fueling stations for a hydrogen vehicle push in coming years.

FuelCell’s flavor of hydrogen cells are well-suited to transitional type hydrogen generation the market sees the most of these days, with natural gas or biogas used to manufacture hydrogen. Sales should hit more than $140 million this year, from $80 million in 2021. The company also has a $1.3 billion contracted backlog on power generation and service deals.

A potential game changer is in R&D too: FuelCell and ExxonMobil (XOM) believe with a few tweaks its fuel cells can be made to capture power plant carbon emissions in a manner vastly more efficient — both in price and power capacity — than other methods available today. A decision on undertaking a larger test project in the Netherlands will come by the third quarter.