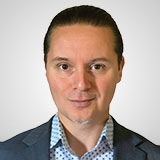 The team includes John E. Black, Dr. Kevin B. Heather, and Mark Wayne. They have a proven track record with Antares, drilling out the giant Haquira Cu-Mo-Au deposit in Peru, which they sold to First Quantum Minerals (Toronto: FM) in 2010 for approximately C$650 million. The team is looking to duplicate that success with Regulus, and then complete the trifecta with Aldebaran.

Aldebaran has acquired the Argentina projects previously owned by Regulus. It’s also party to a joint venture and option agreement with Sibanye-Stillwater (SBSW), whereby Aldebaran can earn up to an 80% interest in the Altar copper gold project located in Argentina.

Aldebaran has entered into a joint venture and option agreement with Sibanye Stillwater to earn up to an 80% interest in the Altar project. To earn an initial 60% interest, Aldebaran made an upfront cash payment of US$15 million to Sibanye-Stillwater, which was paid upon closing.

The company issued 19.9% of the shares of Aldebaran to Sibanye-Stillwater. Aldebaran’s commitment is to fund the next US$30 million of expenditures on the Altar project over five years (including 2018 drilling that was conducted between February and May 2018) with a minimum of US$3 million each year.

Aldebaran has the right to earn an additional 20% interest in the Altar project by spending an additional US$25 million over a three-year period following Aldebaran's acquisition of the initial 60% interest.

The project has a massive resource that includes 4.32 million ounces of gold in the Measured & Indicated categories and another 400k ounces in the inferred category.

The company has over 118,000 meters of drill core, which it has processed and re-logged. It also recently processed and updated the geological model and worked in mapping, geochemistry, and geophysics. The company now has four rigs turning to extend those high-grade zones and test new targets.

News flow from drilling and better visibility in a copper-gold bull market will lead to a significant re-rating that will send the shares much higher.