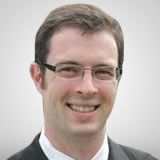 The company — a growth-oriented favorite for the coming year — is a landlord for mobile phone traffic, collecting rents via its 170,000 towers from carriers such as AT&T (T) and Verizon (VZ). The more videos we watch from our phones, the busier the “roads” that AMT provides become. We can think of the firm as a toll bridge.

This company is a “pick and shovel” on broadband. The phrase “pick n’ shovel” dates back to the gold rush of the 1840s, when hordes flocked to California to get rich mining for the metal.

The guys who made the real money didn’t actually mine anything. They were the entrepreneurs who sold the “picks and shovels” as well as booze, “entertainment” and lodging to the hapless speculators.

We’re not peddling booze. Instead, we’re investing in the cell phone towers that AMT owns. This is a capital-intensive operation that provides the firm with a wide business moat. It also scales quite nicely.

Once AMT builds one tower, it can easily support an additional tenant or two. Check out the illustration below — it’s as simple as bolting some additional equipment on.

The return on investment (ROI) that AMT generates from a “one tenant tower” is just 3%. However, this jumps with each additional tenant, with ROI increasing to 13% for two tenants and an awesome 24% for three tenants!

Plus, this landlord is expanding its empire into data centers. AMT is acquiring CoreSite Realty (COR), a best-in-breed data center REIT. This is an intriguing extension for AMT as it plays "5G Monopoly."

AMT is structured as a REIT (real estate investment trust), which means it pays out the majority of its profits to investors directly as dividends.

We’ve owned the stock in our Hidden Yields portfolio (my service dedicated to dividend growth) since late 2018 and have enjoyed 87% total returns. Our profits are largely thanks to the fact that AMT raises its dividend every single quarter.

The stock’s forward yield is listed at a modest 1.9%, but don’t be lulled to sleep. This dividend growing is growing by 15% annually — and this payout keeps pulling its stock price higher and higher.