What Does It Take to Bring an Old Bull Down? 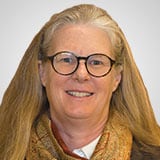 When you have the proper tools to assess the market, you can decide what to do effectively without emotions in the way, asserts Jackie Ann Patterson, who publishes a weekly newsletter.

Our experiences in our formative years affect us throughout our lives. For example, some of the best evenings of my teens were spent riding around in my friend’s 1965 Ford Mustang. Seeing one on the street always catches my eye. Hearing the throaty rumble rolls the miles back on my personal odometer.

Similarly, with investing and trading, I suspect people who first invested during the long bull run of 1981–2000 have a warmer feeling for “buy and hold” than those of us who got started too close to the rocky millennium. Having started seriously investing in the mid-1990s, I’ve dealt with:

As the months go by since the bottom in 2009, and the worries and debt pile on, it gets me to wondering when this aging bull market will take a tumble.

One thing I have learned the hard way is that my “feel” of the situation is overly influenced by my personal past. I don’t think I’m alone here. I believe that subscribing to “buy and hold” would be trading one emotionally-laden decision style for another.

In a quest for such tools, I’ve personally tested out several indicators, read reports of several more, and tracked their progress over the years. Some lessons learned:

1. The stock market’s bull and bear phases are not symmetric. Tops tend to be rounded, drawn out affairs while bottoms have tended more towards abrupt capitulations. Consequently, many technical indicators perform better in bull markets than bear and vice versa. For example, my research has shown that MACD Divergences can be relatively reliable indicators of big bottoms. But historically they have produced many false positives before the market rolled over.

2. It’s hard to see a bear coming by looking at the market indices such as S&P500. That’s because a few popular stocks can prop up the index while the majority of stocks roll over. Gerald Appel, the inventor of the MACD, has more than the one indicator in his toolbox. In his book, Technical Analysis: Power Tools for Active Investors, he suggests watching market breadth for signs of impending doom. I do that by monitoring the McClellan Summation Index of breadth for negative divergences with the price of the S&P500.

3. The credit markets can give early insight into the fate of the stock market. An abrupt widening of credit spreads is a portent of disaster. A credit spread is the difference in rates between different types of debt instruments. In general, junk bonds (credit to risky companies) should pay more interest than US Treasury debt (credit to a presumably risk-free institution).However, as the investment scene heats up, the yields on junk bonds go down as people seeking higher returns get complacent in a rising market. Then a wake-up call comes along prompting a sell-off of the riskier bonds and a flight to safety on US Treasury. The result is that suddenly interest rate spread grows as junk bonds are paying substantially higher yields than US Treasury bonds.

4. Nick Atkeson and Andrew Houghton of Delta Investment Management navigate rough waters of the stock markets using US Treasury yield spreads and Leading Economic Indicators as a guide. From their Delta Wealth Accelerator newsletter, “Delta’s definition of the treasury yield curve is the difference between the 2-year and 10-year Treasury rate…An inverted yield curve has been a reliable indicator of recession historically.” A yield curve is said to be inverted when the short-term bonds pay higher rates than the long-term bonds. Usually it is the other way around because investors demand more interest for tying up money longer.