Trade Idea: FXI is at a critical juncture and it’s only a matter of time before Chinese equities follow Chinese growth lower. As long as FXI trades below $44.66, then you can initiate new short positions, suggests Landon Whaley of Focus Market Trader.

Last week we got a peek at the latest Big 3 data set from August: retail sales, industrial production and fixed-asset investment.

The data confirmed my thesis that Chinese growth is already slowing and will continue to slow throughout the remainder of 2017. Both retail sales and industrial production have slowed for two consecutive months, which means they are just one more monthly data point from officially being in a downtrend. 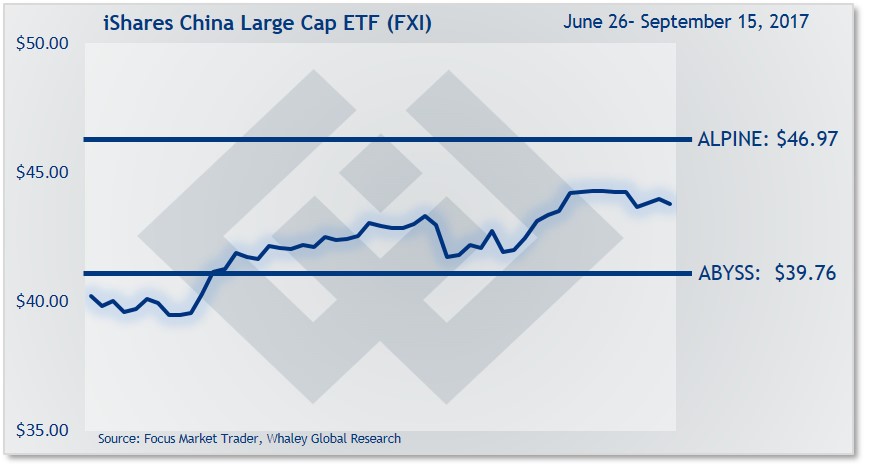 As for fixed asset investment, it’s now slowed five straight months. The inflation side of the Chinese economy has accelerated in five of the last six months and is sitting at the highest rate since January.

Bottom line: Growth slowing combined with rising inflation is the perfect stage for a decline in Chinese equities.

Trade Idea: FXI is at a critical juncture and it’s only a matter of time before Chinese equities follow Chinese growth lower.

As long as FXI trades below $44.66, then you can initiate new short positions.

If the trade moves in your favor, then you could consider using the area between $41.47 and $38.76 as your spot to take profits on some or all your position.